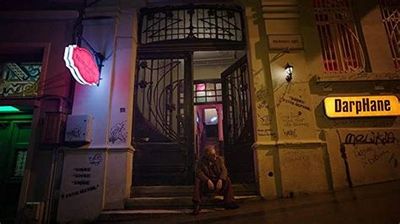 As the mysterious “Dog Killer” becomes a phenomenon, he goes to a change in his Agah plans and decides to take the big step first.

An important common point between Nevra’s with Agâh, who has been lost in an inquiry filled with dead ends, will emerge.

The clues of the murders made by Agah lead Nevra and Murder office to Kambura. But what they will learn there will increase the question marks in their heads.

The war which they gave with the memories of Nevra and Agâh are forcing them. While Agâh can not recall the details of the murders he has committed, Nevra has to rely on her past memories.

The murder that Agâh had committed is the first ring of a chain of murders. Nevra finds a message on a victim that makes her reconsider resigning from her job.

Agâh is setting up new games for his secrets to not appear, but there is something he does not even know about; changing personality will cause surprise murders.

Agah adds new murders to the murders he has committed. The dark face of the Agah’s old friend Cemil begins to emerge. Nevra wants to solve the killings on her own way.

Agâh Beyoglu is upset by his initial diagnosis of Alzheimer. Agâh recognizes that forgotten is an opportunity to commit a murder that he has planned for years but is constantly delaying.

Assuming that she found a victim of crime committed in Kambura many years ago, Nevra realizes that she was actually wrong, but she does not leave the trail of this crime and continues to climb over the clues in Kambura.

It affects not all Agah but all the people around him. A very big surprise awaits Nevra, who spent her birthday with Ates.

Best Episodes Of Game of Thrones