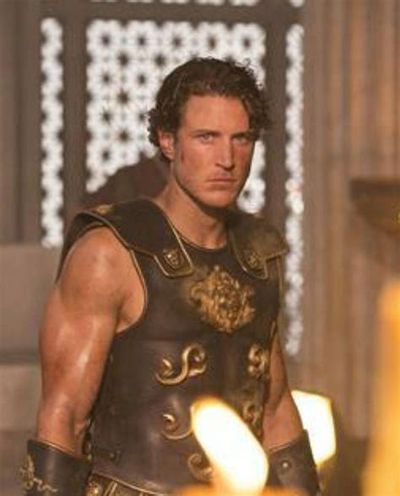 Roman Empire is a TV series starring Aaron Irvin, Corey Brennan, and Jerry Toner. Chronicles some of the most famous leaders of the Roman Civilization.

The young Caligula has a difficult childhood when his family members are either murdered or exiled at the hands of the emperor Tiberius.

Roman Empire looks at the end of the reign of Caligula. His sisters Agrippina and Livilla plot against him after he marries. He later has them shipped to exile on an island in the Mediterranean. The derange emperor becomes even more debauched and begins to spend large amounts of money on monuments to himself. To raise money seizes property after accusing senators of treason and raises taxes. He later orders the invasion of Britain, but his distrustful soldiers refuse to go. Eventually, he is assassinated by the Praetorian Guard and his uncle Claudius is made Emperor.

Lavish imperial games at the Colosseum are highlighted by the emperor’s bloody victories, but his paranoid abuses of power lead to a final betrayal.

Caesar’s hard-won victory over Gaul endears him to the Roman people but leads to a military showdown with the Senate and his former ally, Pompey.

Rome Empire looks at the increasingly deranged and paranoid reign of Emperor Caligula. He a kills his heir and forces his praetorian prefect to commit suicide. In search of a new heir to solidify his place as Emperor, Caligula begins affairs with his three sisters in order to have a child of royal blood. When his sister Drusilla dies, Caligula becomes deranged and the plot of three daggers surrounds him.

A disastrous grain shortage reveals Cleander’s treachery and leaves Commodus isolated, inspiring him to train as a gladiator in a bid to unite Rome.

4. The Ides of March

Caesar implements important reforms and grows more powerful and popular in Rome. He acts like a king and plans to become a dictator in perpetuity. To demonstrate his power, he plans to conquer Parthia. However, the Senate and Brutus in particular, are outraged.

After success in war makes Caesar a rising star, escalating tension between Rome’s two most powerful men creates an opportunity for advancement.

Roman Empire examines the life of Caligula from his days as co-heir of the Empire. He smothers Emperor TIberius to death with a pillow and nullifies his will instructing co-emperors. Caligula is made Emperor and works to win over the Senate by offering amnesty to those we sentences under Tiberius. He then wins over the people by putting on elaborate gladiatorial games. He searches out his exiled sisters and enjoys a life of debauchery. Later, he survives brain fever but the illness drives him mad and he kills his heir Gemellus.

1. Queen of the Nile

Caesar pursues Pompey to Egypt, where he is received by king Ptolemy, who seeks an ally against his rival to the throne – his sister Cleopatra. Caesar finds good chemistry with Cleopatra, but problems in Rome require his return to Rome.

The Worst Romantic Series from 2016