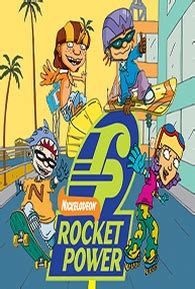 Sam creates a video game about his friends in Ocean Shores.– It’s Otto’s eleventh birthday and he decides it is time that he should begin preparing to become a professional athlete.

When the news comes to Madtown to show the new Blader Bowl Otto decides it’s his chance to make it to the big time.

The kids think that the “family fun day” parent-kid competition is a real dorkfest until they learn that the grand prize is a wave runner.Sam’s father, Doug, comes to visit him for the first time since the divorce.

Ocean Shores has been chosen as the host city for Beach Break TV’s week- long televised special. As expected, the town is immediately inundated with teenagers, camera crews, bands, etc. While most of the gang hopes to rub elbows with visiting celebrities or get a little a face-time on TV, Reggie remains nonplused by the media circus.

6. The Longest Day/Ottoman and the Sea

Tito Tells The Gang About The Shack’s Famous “Wall Of Fame”, Where People Who’ve Performed Amazing Feats Are Honored.During A Camping Weekend, Otto, Twister, Reggie And Sam Convince Ray To Let Them Go Fishing By Themselves In The Boat.

The highly anticipated grand opening of Zero Gravity Zone is finally within sight, Tito moves in with the Rockets, and Ray and Noelani’s wedding is not far behind.

When Mr. Stimpleton fixes Otto’s bike for a competition, it’s under the condition that he owes him a favor.–When Sam’s asthma lands him in the hospital, the rest of the kids begin treating him like he might get sick again.

When it looks like Otto will make the cover of Gnarly Surf Magazine, Reggie is angry because the photographer doesn’t think girls can surf.

2. Enter the Hawk-Trix/Vert vs. Street

Hearing a rumor that pro-skateboarder Tony Hawk has decided to stop skating, Otto and the gang track down his secret “Hawk’s Nest.”-Conroy announces that Madtown will be having an extreme skateboarding competition in both the “vert” and “street” divisions

1. New Squid on the Block/Down the Drain

The Shore Shack earns the gang enough in tips to finance their entry in the New Zealand Junior Waikikamukau Games. The games feature four extreme competitions for teams.

The Best Fantasy TV Shows from 1997