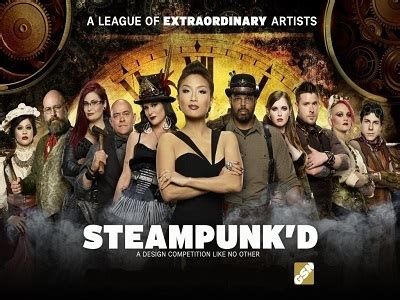 Chris Klein is most cooperative with the fake SWAT team when told an unknown girl is held hostage in his home by an equally unknown vandal. Jeremy Sisto patiently and politely allows an equally fake beat cop to put him trough elaborate, absurdly hard physical and verbal sobriety tests just for being a drunk mate’s passenger. A cahoot makes fellow ‘models’ believe she’s about to give birth during their photo-shoot.

Lost-stars Lilly Evangeline and Harold Perrineau are made to believe they destroy their party host’s window and art just by using a CD remote. Extreme fighter Chuck Lidell is stopped by cops on the way to a fake Jay Lenno interview with his manager (in cahoots), as hit and run suspect. When Highschool Musical-star Zach Efron picks up free clothes with a friend, he is made to believe he witnessed a cash box theft.

Skateboarder and jackass prankster Bam Margera has the time of his life punking celebrities. ‘Teen wolf’ Tyler Posey’s brothers help set him up at a drive-in where orders are badly filled and car vandalism follows suit. Jersey Shore reality star Ronnie Ortiz-Magro is set up by his girlfriend, who pretends to be kidnapped during a ship robbery by a fiend who only negotiates with Ronnie, rather then a (fake) cop. Tony Hawk’s skateboard foundation supposedly auctions a mobile home to finance a new ramp, Tyler the Creator is made to believe he blow it up by failing to …

Basketbal star Shaquilele O’Neall stupidly bragged he can’t be punk’d, so even his wife is in league with Ashton’s team to prove the contrary. He’s tricked into ‘stealing someone’s parking spot, then blamed for the apparent consequences. Wrestler ‘Triple H’ is staged to knock a door against a bride’s instantly bleeding nose. The photographer refuses to be paid without working, the couple cancels the wedding.

Glee’s Heather Morris hosts an all new episode of Punk’d as she sets her sights on Joe Jonas, Cody Simpson gets robbed, and Emma Roberts has a no go with fro-yo.

Driving tennis star Andy Roddick to Jay Leno’s studio, driver Chris Elwood is supposedly trapped between two road-blockades after mud slides and ignores Andy’s instructions to comply with orders, yet Andy and his girl are rudely abused too. Sopranos-actress Siegler’s husband AJ ‘forgets’ tipping off their restaurant waitress, an obvious fan, who treated them to the house beef at her expense but is fired just for inquiring about the absence of a tip. Former victim. Omarion punks his mate Marques Houston with a supposedly pregnant girlfriend.

In episode 3 of the all new season of Punk’d we join host Hayden Panettiere as Glee’s Dianna Agron meets a dirty old man, Zac Efron gets caught in a slow speed pursuit, and Jersey Shore’s Snooki gets an eyeful.

With Christmas ahead, Ashton provides gifts for his victims, who still get punk’d. Sean Paul faces an abused ‘blind’ and gets blamed innocently after helping her look for her lost dog. Band ‘Fall Out Boy’, especially musician Pete Wentz, is tricked at a K-rock Christmas benefit with a derailing train knocking out Santaclaus, while everyone is in cahoots. Rap band Pretty Ricky’s hotel room is completely raided by ‘staff’, which the ‘manager’ believes.

NBA-star Dirk Nowitzki’s child-friendly patience is tested in a restaurant by insatiable knave Rob Pinkston, who keeps asking his alleged hero to sign ever more souvenirs, even from other players. O.C.-star Rachel Bilson’s dog supposedly got away again and caused a mail car to crash into a hydra, good for heft bills. Jadakiss’s driver leaves the car in the middle of a roadblock, after which two female drivers viciously insist and intrude to have it removed, regardless of his protests the keys are gone with his driver.

Ashton Kutcher returns to Punk’d as Kim Kardashian couldn’t be bothered and he pulls out all the stops for Drake.

The Worst Adventure TV Series from 1996