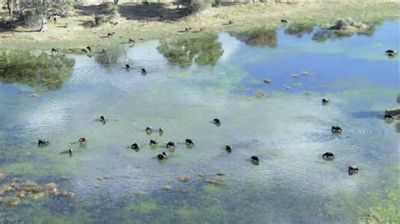 Trees are earth’s largest organisms and are also one of the planet’s oldest inhabitants. Seasonal forests (unlike tropical rain-forest) the largest land habitats. A third of all trees grow in the endless taiga of the Arctic north. Northern America has forests that include California’s sequoia’s, the earth’s largest trees. There and elsewhere, their vast production of photosynthesis and shade presides over a seasonal cycle of life and involves countless plant and animal species.

A quarter of the earth’s land mass, from arctic to tropical, are open plains consisting of lowland as well as highland plateaus. Here grows virtually indestructible, fast-growing grasses of all sizes that feed the planet’s largest herbivore populations, the preys to solitary and social carnivores. Spectacular elements of the seasonal cycle of life can include mass migrations, monsoons, drought and great fires.

Shallow seas cover only 8% of earth’s surface, but contain the richest, most varied maritime life: from plankton and coral (literally vital for the very existence of reefs) to birds and from various invertebrates to mammals like seals, dolphins and whales and from sea snakes to countless fish species. Their ecological interaction is greatly varied and complex, often with nearby land to, even with deserts.

Mountains are the most prominent products of the immense forces which shape the living planet: tectonic drift, volcanic activity and erosion by wind, water, frost and precipitation. We see how wildlife adapts to the harsh, often extreme conditions in various types of mountain ranges, such as Gelada baboons on a suddenly volcano-pushed Ethiopian peek, pumas in the Andes, grizzly bears in the Rockies, snow leopards in the Himalaya.

The Earth’s large, deep calcareous caves are virtually inaccessible and therefore barely explored – requiring expert diving where flooded. Some of its wildlife is as strange and specific as in the deep, darkest part of the ocean, whether physically adapted -notably to the dark. Nevertheless, some caves(did) play an important part in native cultures, even as sources of fresh water for some Mayan cities.

A large and growing part of earth’s land mass is covered in desert – each one widely varied in composition and dryness. Wildlife species have adapted in different ways to these different arid lands especially to get and conserve water. Some are physically desert-models, like camels, others just changed their diet and behavior. Most live mainly at night, when it’s cooler. The largest desert is northern Africa’s Sahara, US size and extremely sandy, the result of grinding erosion of mountains. Short moist moments or periods are taken intense advantage off, leading to …

The polar caps have the most extreme seasonal contrasts, growing and melting vast ice masses, so wildlife adapts by annual migrations. The majority of Antartica is a vast barren permafrost. Only 3% of the coast and peninsular peaks are where life migrates to in the spring, for a short fertile summer, attracted by rich supplies of krill and fish. Only the Emperor penguin males breed 4 months in winter 100 miles inland. The Arctic has a more complete fauna which migrates back North from the continent. Here, the Polar bear is threatened because global warming defrosts …

On 3% of the Earth’s surface, the rain forest is the habitat for half our animal species, even 80% of insects. So its wildlife is most competitive, like the birds of paradise’s mating, and specialized with unique relationships of predation, parasitism etc. For plants, the quest for light is key to stratification, paralleled by interacting animals eating fruits, leaves and other animals. Even the jungle cacophony is stratified. On the soil, recycling specialist like fungi restart the cycle of life. In Central Africa even herds of elephants specialize in following …

Open ocean, a vast biotope covering two thirds of the planet, some shallow, some as deep as the mountain ranges are high. The ocean has an immense, precariously complex food chain, varying from microscopic animals, like krill, to whales, which ironically feed mainly on the former. Most species swim or float in it, many coming up for air, while other dive in from land or air, often to feed, but also to procreate on the coast, where some species come to lay their eggs. Even the shore is covered with life, largely based on organic matter, such as corpses.

Although merely 3% of water on earth, fresh water plays an important part in the planet’s weather and erosion. It is immensely important for all non-marine wildlife, which drinks fresh water and swims, procreates, hunts in it. Its concentrations, such as rivers, lakes and swamps, abound in aquatic and other species, often adapted to ‘wet’ life.