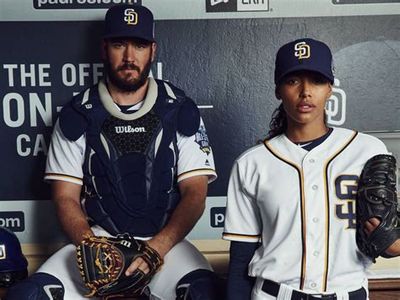 Pitch is a TV series starring Kylie Bunbury, Mark-Paul Gosselaar, and Mark Consuelos. A young pitcher becomes the first woman to play in the Major Leagues.

A rain delay at Petco Park causes the team to hold Kangaroo Court in the clubhouse in order to pass the time. Meanwhile, per Oscar’s suggestion, Mike mulls over the option of trading to a new team, and an unexpected visit from Ginny’s brother, Will, causes friction with Amelia.

Mike suffers an injury that could affect his spot in the MLB All-Star Game. Meanwhile Ginny struggles to find a balance between her baseball career and her personal life and members of the Padres are blindsided when Oscar signs Livan Duarte, a superstar catcher from Cuba.

The Padres are on pins and needles as rumors swirl around the team potentially trading Blip. Meanwhile, Oscar tries to navigate working with Charlie Graham, the interim Padres President of Operations and Mike tries to smooth things over with Amelia.

Mike becomes the biggest news story in the MLB when rumors start about him waiving his no-trade clause. Meanwhile, Evelyn and Will go in on a business venture together, but Amelia is concerned that it relies too heavily on Ginny’s fame.

Ginny attempts to fit in with the team, in spite of a sexist comment Al made about her years ago resurfacing. Meanwhile, Mike comes to terms with the mortality of his career and the end of his marriage, and Blip deals with fallout from Evelyn defending him to the media.

Oscar informs Mike that during their game in San Francisco, Duarte will be the catcher. He assures Mike, he is not on his way out. Mike recalls a moment from his past. Amelia tries to find a way to fix Ginny’s video.

While Ginny struggles with the pressure of being in the spotlight, Mike and Mia’s relationship takes a turn and Eliot becomes frustrated.

Ross warns the Padres that Ginny is dangerously close to her pitching limit, but management is reluctant to end her season. Meanwhile, Amelia confronts Will about money that has gone missing from the restaurant fund.

A young pitcher adjusts to life in the spotlight after making history as the first woman to play Major League Baseball.

The Padres are looking forward to playing the Cardinals, whose pitcher broke Tommy’s finger in an altercation, but Ginny is rattled when she spots her ex-boyfriend, Trevor, on the team. Meanwhile, Al calls on an old friend to help save his job.