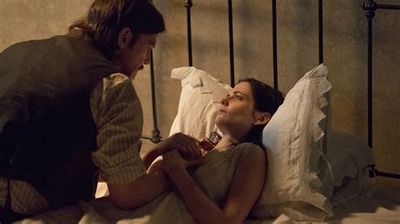 Lily sends her legion of women on a gruesome mission, Vanessa makes an ominous choice, and Kaetenay’s visions drive Ethan toward his destiny.

With Ethan, Sir Malcolm and Dr. Frankenstein now scattered around the world facing their own demons, a shattered and despondent Vanessa seeks the help of Dr. Seward to battle a new evil.

Vanessa recalls her past and the events that ultimately lead to Mina’s disappearance.

After a vision of the Grand Guignol, Vanessa, Sir Malcolm, Ethan, Dr. Frankenstein and Sembene explore an empty theater – only to be confronted by their worst nightmares.

Over the course of four harrowing weeks, Sir Malcolm, Ethan, Dr. Frankenstein and Sembene do everything they can to save Vanessa from what’s within her.

4. And Hell Itself My Only Foe

Vanessa goes alone to battle Evelyn in order to save Sir Malcolm.

With the help of Dr. Seward, Vanessa undergoes hypnosis to relive her time in the Banning Clinic.

Sir Malcolm gets tragic news. Roper hunts down Ethan. Dorian hosts a lavish ball in Angelique’s honor. And a glorious night turns to horror for Vanessa.

In a flashback, Vanessa meets The Cut-Wife, who quickly realizes the extent of Vanessa’s powers and warns her of the danger that lies ahead – and the evil that pursues her.

The Best Laugh Out Loud TV Shows from 2001