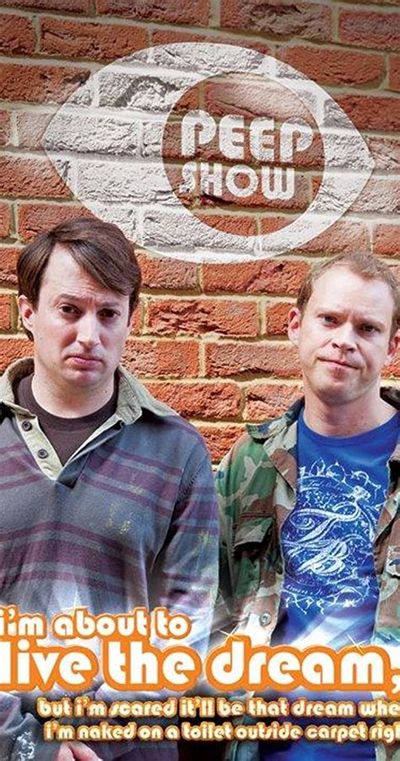 Jeremy is thrilled when one of his musical heroes, The Orgazoid, employs him as a general handyman – but just how “handy” will he have to be? Mark attends his old school reunion disco and finds himself falling for old crush Sally Slater once more. But with her a bored housewife, could an affair between them really happen? If Mark can conceal from Sally his own impending marriage.

Mark meets a girl called April working in a shoe shop with the ideal combination of good looks and low self esteem, and when he returns to see her again he discover that she has gone back to university, which happens to be the same university he and Jeremy went to. And Jeremy is also going there to do a gig with a band, so they both take a trip down to the university. Mark pretends he’s signed up to the same history course as April in order to see more of her and begins to shine in his knowledge of the subject matter.

Mark and Sophie both return to work after their disastrous wedding day, with Mark determined to “Mandleson” her in proving who should get all the blame. His only sympathizer is new IT girl Dobby, who’s looking for something far more adventurous than a USB stick in the stationary cupboard. Jeremy and Super Hans rope Sophie’s nephew Barney into their band when they realize he’s actually got some musical talent but their gig is destined to end in disaster when Super Hans goes too far with seeing how far they can push Barney.

Jeremy arranges Mark a canal boat stag weekend, but soon finds himself distracted by the beautiful Aurora. Mark is less excited by the prospect of a holiday romance with her sister, Lucy, but their dad might offer a way out of marriage to Sophie with a passage to India – well managing a call center out there at least.

6. Are We Going to Be Alright?

Jeremy is worried about turning 40 and Mark is running out of time to win over April. How is it all going to end for the El Dude Brothers? Are they going to be alright?

Mark still hasn’t gathered together the courage to dump Sophie, something that proves a problem when they go to the country to meet her parents. Worse, he makes the mistake of inviting Jeremy along. Cue a weekend of gunfire, infidelity and arson.

Mark has his family over to the flat for Christmas dinner, as well as Dobby, who he is finally going out with, except he hasn’t told his parents yet.

It’s the day of the big wedding and Mark is desperately looking for a way out of going through with it – but he’s determined not to be labeled a jilter at any cost. Jeremy still harbors hopes of winning Nancy back, but being Mark’s best man keeps getting in the way.

Mark invites Dobby to a party at his flat, then has to work out how he’ll actually organise it. Meanwhile things have gotten a bit frosty between Jez and Elena but he reckons he knows to handle it so she’ll come running back to him.

With Jeremy’s love life taking a surprising turn, Mark decides to seize the opportunity to catch up with a girl he has had a crush on since they were at university together.