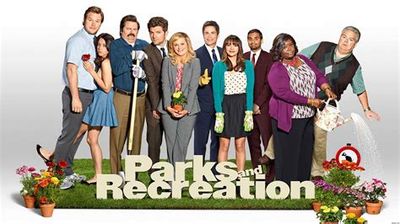 On the day before the Harvest Festival, a local Native American leader places a “curse” on the event because Leslie refuses to give in to his demands.

While the department sets up a memorial service for Li’l Sebastian, Ron finds out about Leslie and Ben, Tom considers taking a job in the private sector, and Chris deals with his own mortality after he discovers that he has tendinitis.

While Tom invites everyone to the Snakehole as he debuts a new drink, Leslie encourages Ann to apply for a job with the city. However, at the nightclub, Leslie and Ann get into a fight over their dating habits.

Leslie gets the flu right before an important fund-raising pitch for the Harvest Festival, Chris tries frantically to avoid catching the bug, and Ron hires Andy to replace April while she is out.

The gang locks Leslie and Ron in the old Parks Department office overnight and force them to settle their differences and end their feud.

It’s election day for Leslie, and Ben is contemplating an offer to help work on a campaign in Washington. Meanwhile, Andy tries to help April rescue the files she deleted from the Parks Department computers.

Andy and April’s party turns into a surprise wedding, but Leslie does not approve. Meanwhile, Ben debates whether to stay in Pawnee, and Donna gives Ann advice at a singles mixer.

The candidates debate on television; Chris, Anne, and Tom act as Leslie’s “spin team” for the media. Meanwhile, Ron, April, Donna, and Andy throw a party for Leslie’s campaign supporters, but experience a few set backs in the process.

The clock is ticking — Leslie (Amy Poehler) and Ben (Adam Scott) have two hours to complete a years-long project. Meanwhile, Ron (Nick Offerman) gets in trouble when his temper gets the best of him.

As the team gathers one final time before they go their separate ways, we look 10 years into the future for each team member.

Best Episodes Of The Haunting of Hill House