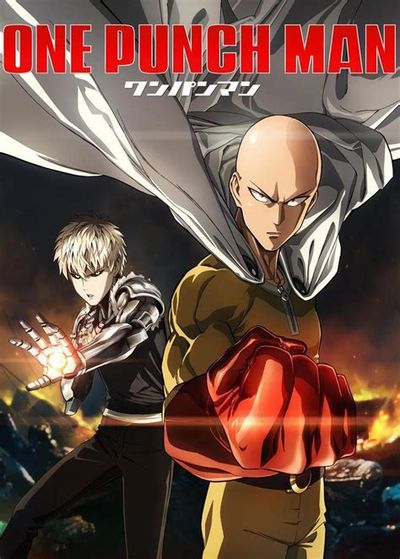 Genos, a Cyborg who is seeking Justice fights with a Mosquito Monster along with Saitama.

Determined to get a little recognition, Saitama decides to become a pro hero, but first, he must pass the Hero Association tests and become a full-fledged member.

Several Sea Folk appear and begin attacking citizens. They are easily defeated until The Deep Sea King appears and defeats many heroes including an S-Class.

A group of Bald thugs use body armors to terrorize rich people. Sonic Speed, a hired ninja fights them. Unfortunately he meets with Saitama who is also a Bald.

Saitama and all class S heroes are gathered together to be informed of an imminent extremely danger threat.

Saitama and Genos track down an evil scientist who wants to know the secret to Saitama’s power.

Garou continues his fight against the A Class heroes while some prominent S Class heroes make special entrances.

Saitama takes on the alien leader in epic battle as the S class heroes fight the alien warriors and destroy the spaceship.

Garou attacks the S-rank hero Tank top Master, his followers, and Mumen Rider. Garou continues his pursuit of attacking heroes. Saitama buys a wig to join a martial arts tournament after having a brief exchange with Garou.

An alien conqueror lands in a spaceship to conquer the Earth during the S class heroes meeting.

Best Episodes Of Only Fools and Horses