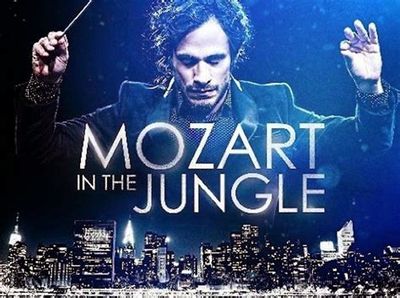 Rodrigo takes matters into his own hands and tries to get financial assistance for his new musical venture. Preparing for her first time conducting, Hailey faces some unexpected challenges from a difficult composer. Lizzie shines on her big opening night and Thomas shows Gloria how he really feels.

As pressure mounts before the launch of the new season, Rodrigo erupts. His behavior alarms the symphony’s business advisor, Edward, who warns Gloria to rein him in – just as her star conductor takes the orchestra on a surprise field trip. In the wake of all the drama, Hailey arrives home to find Alex, wondering why she hasn’t returned his calls.

Before leaving Japan, Rodrigo and Hailey experience a traditional tea ceremony, where they learn about themselves.

Rodrigo conducts Alessandra in the concert of a lifetime. When the night is over, both of their lives will be forever changed.

At a fundraising gala at an estate, Edward offers a large sum if Rodrigo will play the violin. Rodrigo ups the ante and turns the tables. Hailey runs into Lizzie, and discovers her roommate has been hiding her upper crust roots — before spending the rest of the night impressing a man with aristocratic credentials of his own.

After a harsh verdict from Betty, Hailey is ready to give up on her dream. But as the crowd fills the hall for opening night, Betty has gone missing. No one in the orchestra is prepared for what happens next. As their tempestuous new soloist, Ana Maria, goes off the rails, Rodrigo is forced to make a choice.

The New York Symphony holds auditions and Hailey gets the shot she’s been waiting for. Rodrigo learns exactly what it takes to grow the orchestra. Gloria gives Thomas a special gift and Cynthia takes a step into the unknown. Every end is a new beginning.

Things are about to erupt between the board and the orchestra, and Rodrigo prepares to do whatever it takes. As the tables turn with each double cross, no one is safe. Not even the greatest composers in history. The future is uncertain.

Rodrigo has to make a choice about the future of his conducting.

1. How to Make God Laugh

Rodrigo shows Hailey HIS Mexico and takes her to a performance of his childhood youth orchestra. Thomas and Gloria meet with Juan Luis Delgado, the richest man in Mexico. Cynthia gets a surprise visitor and ends up in an unexpected position. Maestro Rivera, Rodrigo’s mentor, asks him to fulfill a promise.

Best Episodes Of The Late Late Show with Craig Ferguson

The Worst Laugh Out Loud TV Shows from 1989