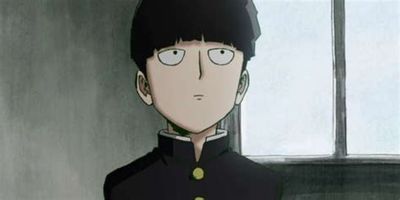 10. Ripped Apart ~Someone Is Watching~

Mob is still trying to lead an ordinary daily life, but the people around him do not allow it and try to get him out of his comfort zone with disastrous results.

As Reigen tries to convince Mob to not use his powers against the Scars, something unexpected happens to him.

8. The Battle for Social Rehabilitation ~Friendship~

Three years ago, Serizawa was troubled with about his psychic powers. One day, he was visited by the boss, Suzuki Toichiro. Serizawa ends up trusting him since he’s the first person to understand what he’s going through.

The total offensive of the psychics who want to defeat Claw has begun, but the Supercives are really powerful and will give them more than one problem.

The captured Mob and Ritsu reunite at last. Reigen arrives at the base and is peculiarly friendly with the guards.

After Ritsu stirs up trouble with his new found psychic powers, a new psychic; Koyoma, is sent by Claw to capture him

Mob gets trapped inside a parallel world created by Mogami Keiji. Minori ends up transferring to his class, and Mob becomes the target of bullying. He can’t ask anyone for help, and his negative emotions start to build inside. The truth behind the tragedy that Mogami went through when he was alive comes to light. Meanwhile, Reigen and the others were waiting for Mob to regain consciousness back at the Asagiri mansion. Dimple attempts to save Mob by infiltrating Minori’s body.

The conclusion of the final fight and the start and reinvigoration of numerous relationships.

Reigen and Mob receive a new job. This time, their client is a wealthy man named Asagiri Masashi. He’s not just rich, but super rich, so Reigen and Mob head to his mansion only to find other self-proclaimed psychics there as well. One of the psychics there happens to include the president of the Rising Sun Spiritual Union, Jodo Kirin. The job is apparently to exorcise the evil spirit that is apparently possessing his daughter, Minori.

1. Even Then ~Continue Forward~

The day for the annual marathon and Salt Middle School was drawing nearer. Mob proclaims that if he places in the top 10 he’ll tell Tsubomi how he feels about her. Everyone around him cheers Mob on and he starts training hard every day until the day of the event. Meanwhile, Tsubomi and her friend Miki go to Reigen’s Spirits and Such Consultation Office with a request. Ritsu happened to be at the office, helping out in Mob’s absence, but he hears Tsubomi say something rather surprising.

Best Episodes Of Homicide: Life on the Street