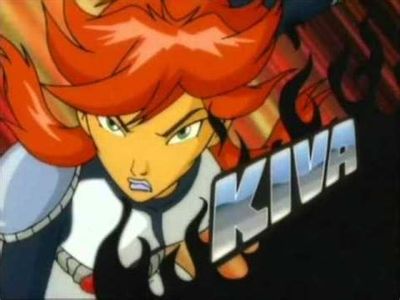 Megas XLR is a TV series starring David DeLuise, Wendee Lee, and Steve Blum. Two teenage slackers find a mecha from the future that had been lying in a New Jersey junkyard for nearly 60 years and make modifications much to the…

10. The Fat and the Furious

Coop enters Megas in a local car show, and tries to show up fellow gearhead Tiny. Unfortunately, damage received in an earlier incident with a cheez whiz monster combined with Coop’s showing off causes Megas to break down. The Glorft catch wind of this, and attack the car show in their efforts to capture Megas. With Megas crippled, Coop must rely on his new “manual mode” and the help of his gearhead friends to hold off the Glorft long enough for Kiva to get Megas running at 100%.

While shopping at a local store, Coop and his friends discover that in their absence, Megas has been towed away by the Department of Motor Vehicles. To make matters worse, an alien bounty hunter has come to earth and the trio won’t be able to successfully defeat her without Megas. Coop heads off to try to break through the rigorous bureaucracy at the DMV, though Kiva soon discovers that the bounty hunter is actually after her.

When the Glorft try to destroy the Earth with a giant drilling “Core Destroyer”, an ensuing tussle between Gorrath and Coop ends with the two of them (and their mechs) being transported into an alternate reality, where they are quickly captured by a band of humans. But why are they piloting Glorft mecha, and living in the ruins of the Glorft mothership? And why is this reality’s version of Jamie a buff, battle-hardened leader who has it out for Coop? And will Coop and Gorrath really set aside their differences long enough to find out what’s going on and/or get home?

7. Junk in the Trunk

Megas is having some serious problems and if it isn’t repaired, it will likely get destroyed in the next battle. Kiva realises that there’s only one planet in this time period that has the resources to fix Megas, so they head off to the planet which turns out to be a waste disposal planet used by several alien races. Once they land on the planet, they meet the creature in charge of the planet, though it doesn’t take long for them to realise the true reasons behind his innate hospitality.

Coop finds an alien robot in a Jersey City junkyard, and decides to soup it up with hot-rod parts and flame decals. What happens when the original owner of this robot sees Coop’s improvements?

To impress a local girl that he’s admired for the past few weeks, Jamie convinces Coop to let him take her for a ride in his car. Coop reluctantly agrees, though he tells him to bring it back as quickly as possible, as the car is the control center for Megas. However, when the Glorft show up and Jamie still hasn’t brought the car back to Coop, Coop must rely on Megas’ back-up control system, though will Coop be able to stop Warmaster Gorrath without Megas’ head?

After accidentally teleporting Megas to an alien planet, Coop, Kiva, and Jamie find themselves on a world inhabited by robots who are kept brainwashed into submissiveness by an alien keeper.

While training in deep space, Coop discovers a mysterious library with massive amounts of information, which may hold the key to defeat the Glorft, if these strange energy eating worms don’t devour it and Coop first.

2. All I Wanted Was a Slushie…

It’s a hot summer’s day, so Coop is in a hurry to finish his daily training with Megas and grab a Mega-Slush from the nearest convenience store. Unfortunately, while training in space, Coop unwittingly collides with a cloaked alien transport ship orbiting Earth, and returns home to discover he’s accidentally unleashed a rampaging robot known as the REGIS Mark V. While the spider-sized REGIS doesn’t look like much at first, the metal-eating, self-repairing monstrosity gradually grows to city-destroying size. And if Coop doesn’t do something, REGIS will destroy the …

The mayhem Coop has created with Megas has attracted the attention of an intergalactic team of heroes, the S-Force, who have become convinced that Coop is some sort of evil villain terrorizing the Earth. They attack Coop in their souped-up robot “Zorbs”, but his attempts to defend himself, while successful, don’t convince the S-Force he’s a good guy. To make matters worse, the arch-nemesis of the S-Force, Ender, shows up and offers to team up with Coop in conquering the universe. Can Coop convince the crippled S-Force to accept his help in fighting Ender and prove …