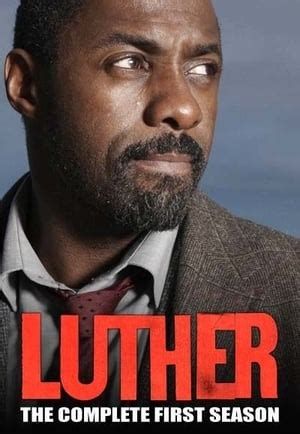 Luther’s friend is in danger and a young woman has been kidnapped by the killer. As revenge threatens to consume him the detective must choose who to save and who can’t he bear to lose?

When a serial killer goes on the rampage, Luther must put his personal life aside and delve inside the murderer’s mind to discover what is driving him to kill so many girls, and why.

As Luther’s affection for Jenny grows, so does his determination to protect her and help her back on her feet. Baba, however, is determined to keep Luther on a tight leash.

Marwood makes his vendetta personal – targeting Luther and those closest to him, raining destruction on everything he touches.

Luther’s date with Mary, and the promise of romance, is interrupted by the news of another murder. The killer has struck again – the number of victims is escalating fast.

Luther must rescue Ripley, abducted by Cameron, in time to prevent Cameron’s final murderous set piece. But Jenny’s ruthless and vengeful boss is demanding compensation for stealing her protege.

Luther and the team are after the people involved in the violent kidnapping of Jessica Carrodus and they are in search of diamonds.

Luther’s personal and professional life spirals out of control as he tries to cover up Toby’s death and appease a suspicious Baba. He must also protect Jenny from any further harm.

Still plagued by the death of his ex-wife, Luther returns to work to face a surreal and nightmarish case of a masked murderer determined to enter into folklore.

In what looks like a gangland crime – two hoodies are shot at close range. But an un-connected crime sees Luther make a un-connected connection that might provide the real answer to what happened.

Best Episodes Of The Expanse

The Worst Laugh Out Loud TV Shows from 2015