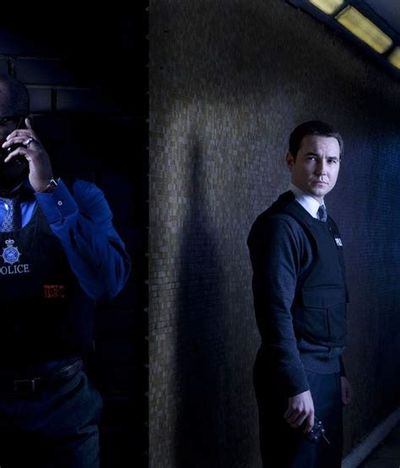 An arrogant Dryden is questioned regarding the traffic offence and is dismissive though Steve lets him know Lindsay has revealed that he knew about the convoy route and aims to pursue it further. Rich Akers is also pulled in after £20,000 of which he claims ignorance is found under the floor boards at his house. Hargreaves is convinced this was the bribe given Jayne to betray the escort and when Steve and Kate examine Jayne’s car they discover a tracking device though Hargreaves is not keen for its revelation. Furthermore Cottan and Hargreaves see video evidence …

When a criminal is shot dead by a police armed-response unit led by Sergeant Danny Waldron, AC-12 gather evidence suggesting it was a deliberate killing rather than self-defense.

8. In the Shadow of the Truth

A police convoy escorting a civilian under a witness protection scheme is attacked, the witness hospitalized and all the police officers killed, except Inspector Lindsay Denton, who organized the operation at very short notice and who only informed DCC Dryden of the route. Ted Hastings asks Steve and Kate to interview her but Kate pulls out, claiming one of the dead officers, Jayne Akers, was a friend – though she has been having an affair with Jayne’s husband Rich. Her place is taken by Georgia Trotman, who is troubled that the men are savage with their interrogation…

The discovery of new forensic anomalies appears to provide AC-12 with a major breakthrough. Meanwhile, Nick Huntley comes under scrutiny.

As shocking new evidence is unearthed, AC-12 step up their investigation in to the case against Michael Farmer.

As the hunt for H intensifies, Steve and Kate wonder if Hastings is guarding a dark secret.

Tensions rise in the OCG following the events at Eastfield. With troubling questions hanging over the identity of the mysterious H, suspicions mount among the AC-12 team.

Steve is arrested on suspicion of murder but continues to protest his innocence. Kate’s undercover operation unveils unexpected facts, but will it hold the key to uncovering the identity of the Caddy?