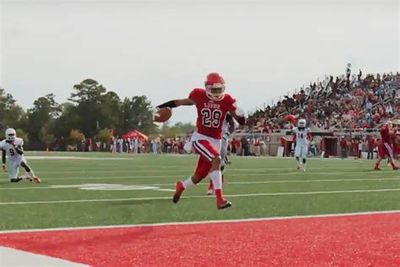 Last Chance U is a TV series starring Ron Ollie, John III Franklin, and Buddy Stephens. Intense look inside the world of junior college football, chronicling the stories of players and coaches in the classroom and on the field.

The season finale presents a chance to end the season on a positive note. Markiese makes a big mistake, and Brown faces criticism over a text message.

Hard feelings from last year rise to the surface in a rematch between ICC and Garden City, as coaches Jason Brown and Jeff Sims butt heads yet again.

8. Where Are They Now: The Football Life

As a game against rival Coffeyville caps off the regular season, the ICC players and coaches reflect on the season and weigh their next moves.

Buddy makes changes in response to the publicity the show brought to the EMCC program. The Lions are forced to play short-handed in the season opener.

With “Last Chance U” in their rearview mirrors, Brittany Wagner, Buddy Stephens and EMCC players reveal their triumphs and tragedies after the show.

DJ faces choices that will make or break his future. John hopes for a chance to impress Auburn coaches. Bad blood builds in the regular-season finale.

The regular season comes to an explosive end, and the team must deal with the fallout from their actions. The players must prepare for life after EMCC.

It’s crunch time as the players take finals and weigh scholarship offers while still holding aspirations of winning a national championship at EMCC.

The Best Action Shows ever