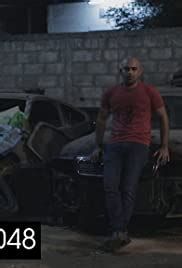 Koombiyo is a TV series starring Thumindu Dodantenne, Kalana Gunasekara, and Andrew Pulle. 35 year old bachelor Jehan and his partner in crime Priyantha try to exploit the loopholes in the law in order to make a living.

Roaming in the busy streets of Colombo Jehan (Thumindu) observes what seems to be a mob chase. Priyantha (Kalana), on the way to a new job, gets an unexpected offer. The two ends up in a place which seems to be the base of operations of an emerging enterprise.

Jehan executes his mastermind plan to steal the car. It works out perfectly. Jehan decides to visit Priyantha’s village until the situation cools back to normal in the town.

Jehan, “the innocent robber” turns out to be a mastermind connected with a local thug, Austin. He hands over a job to him to steal a luxury car. The magazine business is lost due to a clash between sellers and a bus conductor.

Adhikari is ecstatic about Jehan’s game against journalist Padmakumara. After the end of another master plan, Jehan decides to prank on Priyantha.

Jehan and Priyantha are up for another con. Jehan decides to sell his “positive thinking” to the people in need.

Jehan and Priyantha lost their business and looking forward to a new business.

The magazine becomes successful, and Jehan meets one of his old subjects again: Hiruni.

Jehan meets Hiruni after a while but immediately gets into trouble.

Jehan and Priyantha travel to “Mahaulpathagama” with newly bought clothes and gifts for family members. Priyantha meets his crush in the village, “Sudu Nangi”.

Jehan’s ploy backfires as one of his clients complains to the local police; and the client turns out to be an old friend.

The Best Fantasy TV Shows from 2015