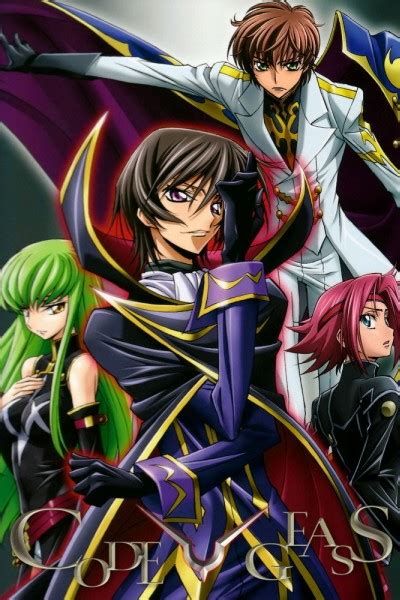 Lelouch’s accidental Geass on Euphemia destroys any hope of peace, and Suzaku, enraged at what Zero has done, sets out with revenge in mind. V2 reveals Zero’s secret of Geass to Suzaku.

Lelouch confronts his father in the Sword of Akasha and learns the truth about his mother’s death.

The battle for Tokyo fills the sky. The Black Knights take out the power gaining temporary advantage, but when Suzaku appears, he threatens to use Britannian’s most terrifying weapon: the F.L.E.I.J.A. But to fire such a devastating weapon…is it worth it?

Devastated about the use of the F.L.E.I.J.A., Lelouch takes his anger out on Rolo as Schneizel arranges a meeting with the leaders of the Black Knights.

After using his Geass on Cornelia, Lelouch discovers that she doesn’t know who killed his mother. C2 senses that Nunnally has been kidnapped, and Lelouch abandons the Black Knights to rescue her.

Nunnally has declared Lelouch and Suzaku as her enemies. By siding with Schneizel she is allowing the use of the F.L.E.I.J.A., but she has been led to believe the destructive weapon would be used only when necessary. However, Schneizel has other plans.

Lelouch confronts Jeremiah on a train station while Shirley decides what to do after learning the truth about Lelouch.

The Black Knights fight a close battle with Schneizel, neither side giving way. Before the F.L.E.I.J.A.’s can destroy them all, Lelouch must outsmart the brother he has never beaten and face the sister he has spent his life protecting.

Lelouch has overtaken the empire, establishing himself as Emperor. He starts by abolishing the aristocracy and announcing Suzaku as the Knight of Zero. Lelouch announces that Britannia will join the U.F.N., but Schneizel makes an unexpected move.

Lelouch must decide whether to accept Euphy’s terms of peace. His motives for destroying Britannia is to create a peaceful world for his sister Nunnally, but he also recognizes his want for revenge.