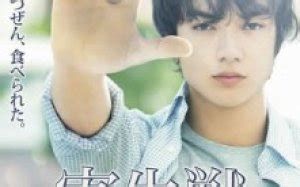 The confrontation between Yuko and Hideo comes to a gruesome head when Hideo goes on a rampage throughout the school. With Satomi missing, Shinichi must hurry and find her before Hideo can get to her first.

An unexpected but familiar enemy surfaces and Migi gives a final farewell.

8. The Adventure of the Dying Detective

After Reiko’s judgment is called into question, three members of her own group seek to eliminate her. With Reiko otherwise occupied, Kuramori takes advantage to seek revenge for his family.

Migi says that Kana can emit a rather weak signal to other parasites so they can also seek her out. Shinichi tells her the truth while Migi is sleeping but things go unexpectedly.

Shinichi sets out for revenge and runs into an unexpected ally. Together they team up to take down the Parasyte that brutally attacked Shinichi’s family. But when Migi falls asleep, Shinichi is forced to engage the enemy on his own.

A violent confrontation with a gang brings Shinichi face-to-face with a girl named Kana, who begins to take an interest in him. Shinichi’s parents continue their vacation, but their trip is cut short by an unexpected attack.

With her feelings regarding humanity and the purpose of Parasytes now in question, Reiko encounters Shinichi and Migi one final time. When police arrive on the scene, Shinichi soon finds himself at the center of their attention.

The police commence their operation to take out Hirokawa and the remaining Parasytes. However, plans go awry when the Parasytes attempt to fight back. Things take an even more gruesome turn when Gotou appears on the scene.

With Migi no longer at his side, Shinichi attempts to take on Gotou by himself one final time.

Shinichi decides to take Gotou head on, and tracks him to a remote area to fight him. When the battle goes awry, Migi makes an unexpected sacrifice.

Best Episodes Of The League of Gentlemen

The Best Action Shows from 1996