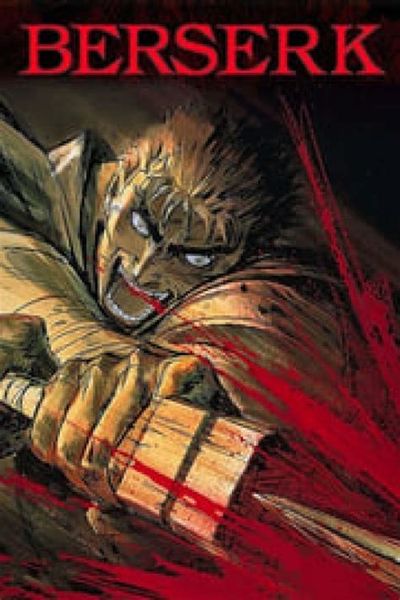 The Band of the Hawk leads the final charge of the war, Casca gets some payback for her earlier defeat, and Guts gains some unlikely assistance from an old enemy while fighting a powerful knight.

As the Band of Hawk mourn over their leaders crippling state, Guts makes plans to leave once more with Casca and his men in company. But will his plan change when he learns of Casca’s decision to not leave Griffith?

Guts leads his men to raid a castle under Chuder occupation, but his men are wiped out by Nosferatu Zodd the Immortal, a fearsome giant warrior.

Griffith, being distraught over his crushed dream, decides to make a sacrifice to regain his lost power.

Casca tells her story. Griffith helped her save her from being raped.

The commander of the Blue Whale Knights and his crew find Guts and Casca. Though completely outnumbered, Guts tells Casca to run and stays to fight. Some men go after Casca, catching her and holding her down in order to rape her. Guts continues fighting.

The Band of the Hawk successfully rescues Griffith….but only to find that he is no longer the man they rememeber, which infuriates Guts.

Guts decides to leave the Band of the Hawk unable to bear Griffiths dream any longer. But Griffith won’t accept this without a fight.

The conspirators of Griffiths assassination revel in their victory, but how long will it last whenever the plan goes awry. And what will Casca and the Hawk do when Guts makes a decision that will shake them to the core.

Guts assassinates Yurius. But something went wrong and Guts lost himself and then he decide something.