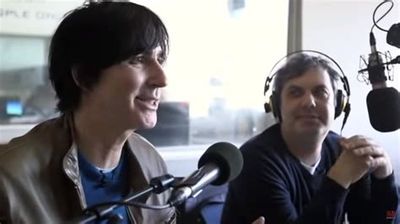 Kenny vs. Spenny is a TV series starring Kenny Hotz, Spencer Rice, and Sebastian Cluer. Two best friends, Kenny Hotz and Spencer Rice, face each other in various competitions. At the end of each episode, the loser gets humiliated.

10. Who Can Handle More Torture?

The guys’ roles are reversed as Spenny takes an unaccustomed early lead in the competition, but is this all part of Kenny’s diabolical plan?

9. Who Can Live in a Haunted House the Longest?

Kenny and Spenny spend a night in a haunted house.

8. Who Can Stay Awake the Longest?

The first one to fall asleep loses. Without stimulants Spenny feels he can outlast the lazy Kenny but Kenny is chugging coffee because he’s highly motivated by the prospect of eventual hallucinations.

7. Who Can Be Tied to a Goat the Longest?

Kenny’s genius is in full effect in this contest as he takes advantage of Spenny’s absence from the house to wreak total and utter havoc on all of Spenny’s possessions.

6. Who Can Imitate the Other Guy Better?

Kenny and Spenny battle each other in a ‘who can imitate the other guy better’ competition, Spenny attempts to portray Kenny’s grotesque nature, but Kenny has a much more conniving plan up his sleeve.

Kenny tries to gross Spenny out by eating all kinds of foul meat, but his plan backfires when he ends up sickening himself.

4. Who Can Commit the Most Crime?

Spenny’s adherence to taking the moral high ground provides a serious setback to his chances of winning this challenge.

Kenny and Spenny strap themselves naked in a 69 position then the production crew makes them both go through Hell to get one to give up.

2. Who Can Drink More Beer?

1. Who Can Blow the Biggest Fart?

After numerous false starts, Kenny comes up with an unbeatable system (F.A.R.T.) that drives the normally honest Spenny to cheat and eat some of Kenny’s chili.

The Worst Laugh Out Loud TV Shows from 1992

Best Episodes Of Mock the Week