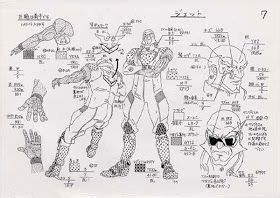 Faye is attacked and later helped by Gren, who holds a grudge against Vicious. After explaining his story to Faye, he chases after Vicious, and when he and Spike end up reaching him, a three-way battle takes place.

Faye disappears with all the money on Bebop. Ed tries to find her and discovers a “Code Name Julia” on Jupiter’s moon, Callisto, which makes Spike believe that it’s his Julia.

The Bebop crashes onto the moon after being side-swiped in space. Ed and Ein venture out for food but are entangled in the operations of an outlaw smuggling psychedelic mushrooms.

While searching for Mao Yenrai, an executive of the Red Dragon Syndicate, Spike ends up confronting Vicious, his old enemy.

A mysterious package comes for Faye with a Beta cassette. While Faye runs, thinking it to be from a debt collector, Jet and Spike undertake a arduous search for a player to view it. They find it is a clue to Faye’s past.

Spike witnesses a homicide by a deranged serial killer who then goes after him with a full barrage of weapons.

Vicious claims leadership of the Red Dragon Syndicate. Julia and Spike plan to run away as before, but Spike still feels the desire for revenge, leading to a final confrontation with Vicious and the Syndicate.

Ed places a fake bounty for her own father, in hopes Jet and Spike will lead her to him. They do, and despite a joyous reunion, her father immediately abandons her to pursue his work. Ed and Ein decide to leave the group.

After collecting a bounty, Spike gains a fan in Roco Bonnaro. Roco, a small-time gang member, stole a rare and valuable plant from his own gang. Spike finds it’s more valuable than he is, but Roco has a different plan for the plant.

Faye briefly teams up with Julia when she assists her escape from a Red Dragon hit squad, and relays a message to Spike about Julia’s whereabouts. Spike and Julia finally reunite.