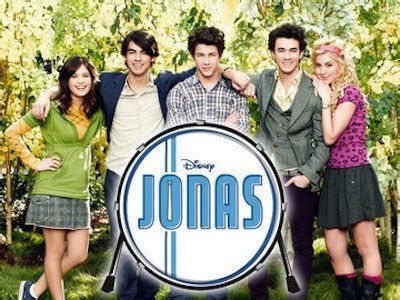 Stella and Joe go on a double date with other people and constantly try to outdo each other.

Joe’s class mate Abby is punished for an accident at school when the fire alarm was set off, and Joe is upset because he was involved too, and is determined to put things right.

The president of a JONAS fan club becomes an exchange student at school.

7. Back to the Beach

Joe becomes nervous before his film audition;.he discovers the other candidates look like him because the director wants a Joe Jonas type.

The boys throw a house party.

Vanessa plans a double date; a bet changes everything.

Jonas needs to record their new album. When the backup singer gets sick last minute they need to find a replacement. Kevin says macie can do it not knowing that she can’t sing. He has to find a way to tell her that she can’t sing on the track without hurting her feelings.

Joe gets Stella a job on his movie; Nick makes a gift for Macy.

In the series finale, The guys plan a secret concert to show their fans that they are not breaking up. Meanwhile, Stella feels betrayed when Joe doesn’t tell her that he has to go to New Zealand to shoot his sequel movie “Forever April”, so she leaves L.A. But right before she gets on the airplane, Joe runs into the airport and kisses her. So, they end up getting back together and they all have to get to the concert in which Nick and Macy have been waiting for them the whole time.

When rumors swirl that JONAS is breaking up, Kevin, Joe and Nick go on a radio show to let their fans know the band is still together.