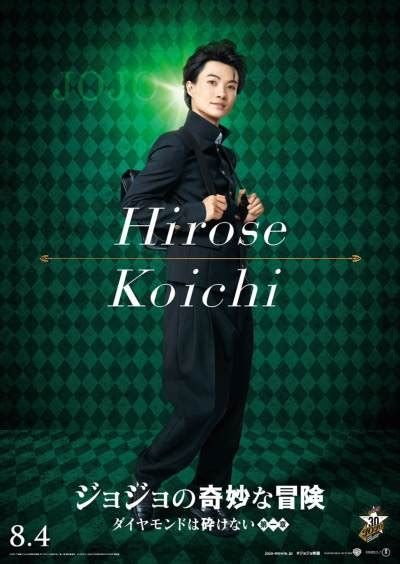 Vanilla Ice, now powered up by Dio, uses his Cream to disintegrate Avdol. Iggy and Polnareff desperately try to fight back, but he remains too powerful for the duo to take down.

9. A Little Story From The Past ~My Name is Doppio~

On the island of Sardinia, a boy named Doppio is searching for Trish and the others on orders from Passione’s boss. But Doppio has a dark secret, one that becomes apparent when he encounters Risotto of La Squadra.

The gang desperately tries to reach the Stand arrow whilst looking for Diavolo.

6. Another One Bites the Dust, Part 1

Kira gets a new power and tests it out on Hayato.

To protect his teammates, Bruno manages to knock Prosciutto off the train to negate the aging power of The Grateful Dead, However, Pesci’s resolve is hardened seeing his brother fight and he continues to attack Bruno.

4. The Final Mission From The Boss

The boss gives the gang one final mission: deliver Trish to the top of a bell tower. Bruno takes Trish to the tower, reflecting on his past arriving to this point, but that’s when the boss reveals his horrific true nature.

The fight between Jotaro and Dio continues.

Doppio, the alter ego of Passione’s boss, continues to fight against Risotto and his iron controlling Metallica. Doppio struggles against the powerful assassin, but is armed with King Crimson’s Epitaph, which allows him to see the future.

1. Beneath a Sky on the Verge of Falling

In the aftermath of the battle between Risotto and Doppio, Abbacchio uses Moody Blues to try and uncover the boss’s identity. But the boss is adamant about keeping his identity a secret and executes his next gambit against the group.

The Worst TV Thrillers from 2011