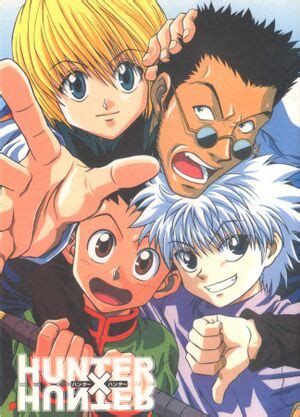 Reunion of long awaited father and son, and what journey awaits for them ahead.

Zeno and Netero’s sudden attack throws the palace into confusion; concerned for the king’s safety, Pitou and Pouf hurry to the king’s side.

As the Chimera Ants are reunited to unlock the power of Nen into their bodies, Neferpitou feels the presence of Kite approaching and leaves to confront him. Realizing that the enemy is too powerful for them, Kite warns Gon and Killua to flee, but Gon is taken by rage upon seeing Kite’s arm being severed by Neferpitou and Killua is forced to knock him down and escape carrying him. After escaping the NGL, with Gon still unconscious, Killua is approached by Chairman Netero who is sent there to wipe out the Chimera Ants assisted by two other Pro Hunters, Morel and Knov.

Gon goes beyond his body limits to achieve monstrous power. Neferpitou (Pitou) become overwhelmed by Gon’s New power. Kilua rushes to Gon in order to save him from Pitou.

To avenge Uvogin, the Phantom Troupe infiltrates the auction to wreak havoc in his honor. Chrollo kills off the Ten Don’s assassins one by one. As the fighting continues, Zeno and Silva of the legendary Zoldyck family of assassins arrive to eliminate the Phantom Troupe.

The fight between Gon and Hisoka begins. At the end Gon successfully punches Hisoka in the face.

Kurapika finds himself face to face with Uvogin.

Netero along with Zeno launches attack on king’s castle to separate him from royal guards.

Kurapika’s desire to destroy the Phantom Troupe gets him recruited into a newly formed team of assassins. Neon manages to slip away during an unguarded moment to attend the auction. As she is trying to enter the auction site, Chrollo, the leader of the Phantom Troupe, approaches her.

Netero and the King’s fierce battle continues. The King feels fear for the first time and Netero demonstrates the zenith of nen mastery.