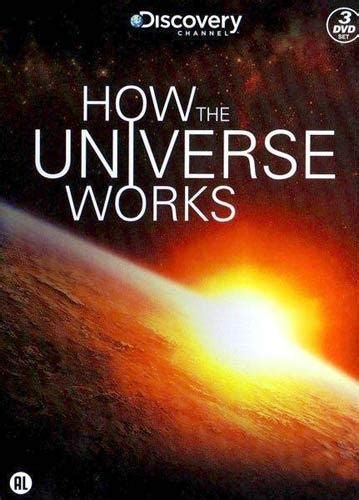 How the Universe Works is a TV series starring Phil Plait, Michelle Thaller, and Mike Rowe. A users guide to the cosmos from the big bang to galaxies, stars, planets and moons. Where did it all come from and how does it all fit…

Mercury has a dangerous secret that may one day threaten life on Earth.

Planets that orbit two suns instead of one might be deadly hell worlds, but new discoveries reveal that sci-fi star systems with binary stars might be optimal places for alien life.

New discoveries have revealed thousands of exoplanets beyond the solar system. Some resemble earth enough that one could be a new home for humanity. Even with cutting-edge technology, finding the perfect one is the scientific challenge of the age.

The story of how stars were made by the Universe and how Stars then went on to engineer everything else in that very universe. They changed the Universe by spawning further generations of stars, then planets and eventually the building blocks of life.

NASA’s Juno spacecraft is part of a cutting-edge mission to explore the mysteries of Jupiter. As this mighty probe is pummeled with deadly radiation, it gathers new data that could change everything we know about the solar system’s biggest planet.

5. The Search for a Second Earth

Is there another Earth out there with liquid oceans, rocky continents and life like us? Astronomers seek the answer with spectroscopy, direct imaging and telescopes. They hope to find evidence of atmospheres, magnetospheres and signs of life.

Earth’s journey through the universe is a perilous one, and new discoveries reveal that our planet is heading toward a mysterious area of the cosmos that could eject us out of the Milky Way and into oblivion.

3. The End of the Universe

How and when will the Universe end? Gravity and dark matter are poised to annihilate the Universe in a big crunch. Expansion and dark energy may tear it apart. Or, a phase transition could kill us tomorrow in a cosmic death bubble.

2. Secret History of the Moon

Our Moon is stranger than you think, and we reveal its incredible secrets. Can we thank the Moon for life on Earth? What explains the mysterious tunnels beneath its surface? Is a lunar base the key to humanity’s future in space?

For twenty years, NASA’s Cassini spacecraft revealed the strange secrets of Saturn until it vaporized in its atmosphere in a blaze of glory. But today its legacy lives on, as fresh data from the probe helps scientists make brand-new discoveries.