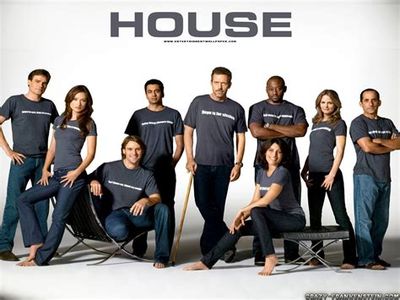 Taub treats a patient whose dying husband gets better as she becomes sicker, while the rest of the team deals with a devastating loss.

An old patient of House comes back and seeks revenge upon him in the form of gunshot.

Cuddy, House and members of the team join forces with a search-and-rescue team to provide much-needed medical attention at the scene of an emergency.

A very brave and mature 9-year-old girl has terminal cancer, but that is not what the problem seems to be.

House and his team treat a patient who had his brain split in half, now it seems like one side of his brain is causing some health/behavioral issues. House plays games with Cuddy over the night he detoxed, and those events will cause major changes. Cameron and Chase come to a decision.

House’s ex Stacy Warner asks him to treat her husband. House takes over a diagnostics class for a day and presents the class with three case studies of leg pain. As House tells his story and the class gradually fills up with listeners, the class learns a lot about how to be better doctors, and Chase, Foreman and Cameron learn some important details of House’s past.

The team works to save someone close to a central character’s heart. The key is inside House’s head, but he is in a bad way himself.

A bus that House was riding crashes. House claims there’s a victim on the bus that’s dying, but not from the bus accident. He stops at nothing to figure out who the patient is and what is ailing them.

House fights his doctors, the staff and his fellow patients when he’s forced to stay in the psychiatric hospital under threat of permanently losing his medical license.

Best Episodes Of The Simpsons