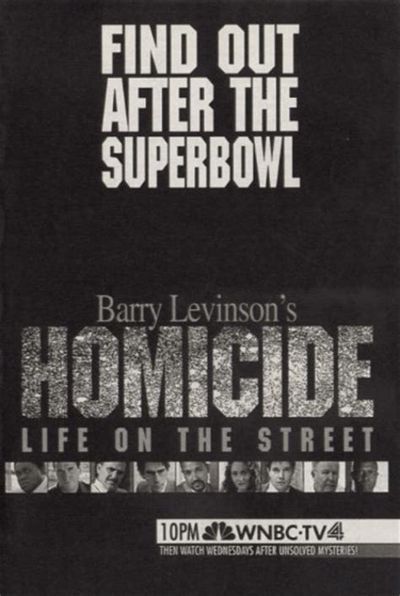 When Bayliss’ cousin shoots a “crazed” Turkish young man at his door, Pembleton and Bayliss differ on motive. A Grand Jury is called to determine whether it is manslaughter or rightful protection of the home. Was it racially motivated–that is the question. Meanwhile, attempting to increase their bar business, Munch fires the French chef and Lewis hires his grandmother as cook.

Felix Wilson makes a shocking confession about his relationship with his deceased housekeeper.

Another priest is murdered after the two Guatemalan political refugees suspected of killing the first one are set free.

Investigation continues on the case of the newborn baby found buried behind a motel. The teen mother’s parents employ a P.I. to frighten her into accusing her boyfriend. Police and prosecutors proceed to the Grand Jury, hoping to pressure one of the young parents to make a deal by letting them experience jail time. It works!

Bayliss is still having nightmares about the Adena Watson case, so Gee is reluctant to assign the case of another girl, murdered in 1932, to him. Therefore, Falsone is assigned the “oldest unsolved slaying still officially on the books.”

The Homicide Unit takes down the remaining Mahoney organization, but not without collateral damage. Stivers tells Gee that Luther Mahoney’s shooting is the reason for all the carnage in the past 24 hours.

A prominent businessman’s housekeeper is found murdered at a banquet in his honor.

2. The City That Bleeds

Detectives Howard, Bolander and Felton are shot during an ambush and left in critical condition. Pembleton feels obligated to get justice, Munch becomes traumatized and shocked, and Giardello faces an investigation of his work.

A man is pinned by a train in a subway station, producing a mortal wound that is temporarily suppressed by his situation, the Homicide detectives must determine if the incident was an accident or deliberate.