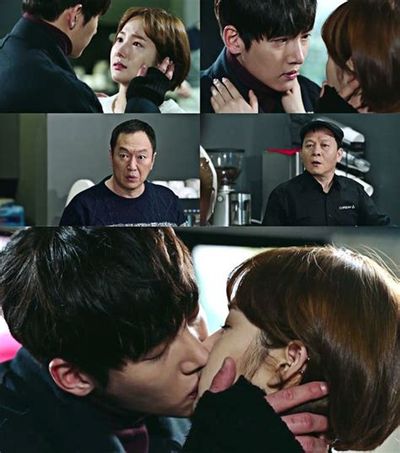 The new Some Day News kicks off it’s coverage with a bang and in the process makes Young Shin a star. Healer gets some of the answers he’s been looking for.

After the success of Moon Ho’s plan, the Farmers decide to flex a little of their muscle.

Elder sets a trap that endangers those around Healer and forces him to do something he doesn’t want to do.

Young Shin ‘s story is turning out to be a bigger handful than she ever expected. Healer learns that someone is out to get him.

Healer is slightly worried now that Moon Ho has taken over the news site where Young Shin works.

Kim Moon Shik seems to be getting closer to finding out Healer’s true identity. After having to saving him, Young Shin is also starting to figure things out.

3. The First Kiss That Day

As the Healer gets closer to Young Shin, he continues to wonder how she knows about him and why.

Now that Moon Shik knows everything, he decides it’s time to teach everyone involved a lesson on how things really work.

The source might be gone but not the lead. Healer continues to look for the tape of his father’s confession, a tape that could change everything.