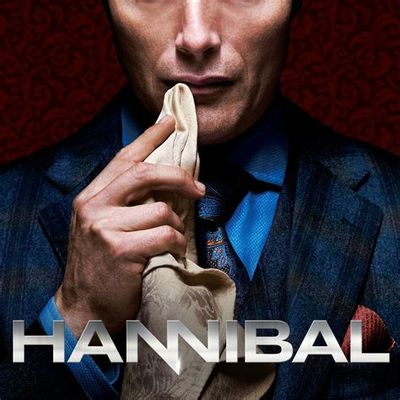 Lecter’s patient Franklin Froideveaux worries that his friend Tobias may be a psychopath, but Franklin’s growing obsession with Lecter is what concerns the latter more. Graham investigates the murder of a Baltimore musician who had his throat opened and a cello neck inserted through his mouth. Graham, with Lecter’s guidance, interprets this as one killer serenading another. Graham’s mental stability deteriorates further when he begins having auditory hallucinations of animals in pain and when his romantic feelings for Alana Bloom are rejected.

Following his strange trip to Minnesota, Graham is taken into custody by Crawford for the probable murder of Abigail Hobbs. They find her severed ear in his kitchen sink and her blood under his fingernails. Alana is left devastated by the arrest and is determined to find the cause of Graham’s dementia, despite Crawford’s insistence that there is no underlying cause. She has him draw a clock when he tells her that Dr. Lecter had him perform a similar test, and the results solidify her belief that there is a physical explanation for Graham’s instability.

The FBI is called in when a dead body is discovered, the skull converted into a beehive. Meanwhile Beverly Katz finds a clue about the mural killer that sends her down a deadly path.

Freddie Lounds finds Beverly’s sectioned corpse; Will meets the copycat killer and orders him to kill Hannibal. Gideon overhears this and gives Alana the chance to save Will from becoming a murderer.

While Will continues to assert his innocence, Hannibal and Jack try to come to terms with the fact that he’s in jail; Kade Purnell visits Will.

A city councilman’s body is found intertwined with a tree; Jack crashes Hannibal’s dinner party to investigate Will’s suspicions; a revelation shocks everyone.

During a therapy session, Will shares a vision of how he would kill Hannibal. Meanwhile, an increasingly impatient Jack brings in a surprise witness to help Will catch Hannibal.

Jack devises a plan to apprehend Hannibal, while Hannibal prepares for his departure. Will makes his decision, and it results in devastating consequences.

2. The Wrath of the Lamb

Will hatches a cunning plot to slay Francis Dolarhyde, using Hannibal Lecter in his ploy. Bedelia voices concern about the perilous plan as Will continues his game with Hannibal, though Will may have to face his darkest fears.

Captured in Italy, Hannibal and Will are brought to Muskrat Farm, where Mason awaits.