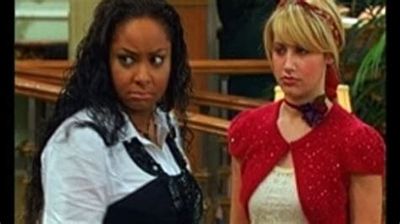 Miley must tell Lilly that she is Hannah Montana after sneaking into her dressing room.

Jake comes back from his movie shoot only to find that Miley is not interested in him anymore.

8. On the Road Again

Miley thinks she is holding her Dad back from his dream of singing.

When Siena becomes suspicious of Jackson after seeing Hannah Montana outside the Stewart house, he asks Miley to reveal her secret to Siena to allay her concerns.

Lily has a new boyfriend, Luke. Miley catches Lucas making out with another girl. Miley proves to Lily that Luke is cheating on her. Someone steals a pair of sunglasses and Rico installs a new security system to prevent any other thefts.

5. Don’t Stop Til You Get the Phone

Miley wants her dad to buy her a Z-phone. When he doesn’t, she and Lilly sell a picture of her to the tabloid to get money to buy a Z-phone. They try to get it back when they realizes that the photo accidentally reveals Miley’s secret that she is Hannah because she is wearing a Miley necklace. They make a deal with the tabloid to go to Dwayne “The Rock” Johnson’s hotel room to trade a embarrassing picture of “The Rock” to get the Hannah picture back. They proceed to give him lipstick, manicures, clip on earrings, eye shadow, and curlers before taking his picture with …

When Robby and Lilly’s mom Heather make plans to go out on a date, Miley and Lilly get so excited, the’re sure they’ll hit it off and the two of them will become sisters, but all doesn’t go as planned when Robby and Heather have a disagreement and the girls argue over whose parent is to blame.

3. Cuffs Will Keep Us Together

After Lilly fails to receive or catch Miley’s passes for flag football in gym, Miley and Lilly fight. In order for them to reconcile again, Oliver handcuffs Lilly and Miley together, wrist to wrist, and accidentally loses the key.

Miley needs to decide if she’s going to go film a movie or go to college with Lilly.

Miley and Lily think Oliver is dating the school nurse, but when the girls confront her they find out he has diabetes. Jackson dates a girl who helps him with studying and makes him get good grades.

The Worst Science Fiction Shows from 2008