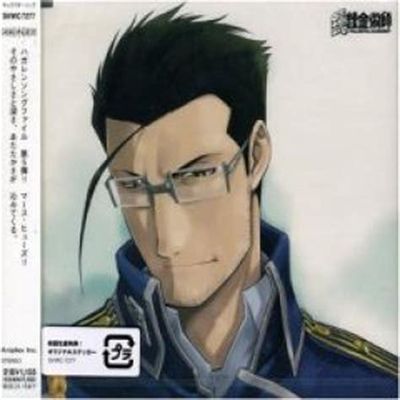 As the Strong Arm Alchemist defends against the surrounding chaos, Marcoh reveals to the Elrics the vast atrocities of the Ishbal massacre.

As Envy (in the form of Basque Grand) gathers the human ingredients to form the stone, Maes Hughes sets out to rescue the Elrics from laboratory 5.

Massive bloodshed seems inevitable in the mounting stand-off between Scar and the military. As Ed tries to get the Liore people out of the city before the destructive alchemic reaction begins, he is confronted by Wrath and Sloth. And back in the heart of Liore, Scar, Kimbley and Al are enmeshed in a climactic battle that none of them may survive.

Scar emerges from the grisly battle, determined to create the Philosopher’s Stone using Archer’s soldiers as the final ingredients. Desperate to stop the massacre, Ed continues his underground fight in hopes of reaching the surface in time. And Lust follows Scar through Liore’s war-torn streets, seeking the final truths about Scar’s origin before he performs his ultimate transmutation.

What is the real secret to alchemy? What fuels transmutations? Is Equivalent Exchange the defining principle of the world, or a fabrication that give false hope to the weak? All answers will be revealed, as the confrontation with the homunculi’s leader sends Ed to a place that could shatter his entire understanding of alchemy: the other side of the Gate.

Marta has found Kimbley, whose betrayal led to the death of her friends. Realizing revenge is pointless, Al tries to stop Marta, and jumps into the fight. In Liore, Ed goes head to head with Scar, and uncovers the full truth behind his past. Finally, in a heart-wrenching exchange, the identity of the Seventh Sin will be revealed, and a friend of the Elrics will die.

The Elric brothers have been on a long and difficult journey, seeking to regain what they’ve lost. Enemies have been toppled, friends have been buried, and the state has been remade. But it’s not over yet. In this climactic final chapter, Equivalent Exchange gains new meaning, as Ed and Al demonstrate how much they will sacrifice for each other.

Ed and Al claim they’ve quit their search for the Philosopher’s Stone and board a train heading south. Meanwhile, Lieutenant Colonel Hughes’ investigation of Lab Five leads him to a startling discovery of military corruption and conspiracy that could topple the entire national government– and put Hughes in considerable danger.

Now an official state alchemist, Ed takes a closer look at Tucker’s chimera experiments and begins to realize that something wrong has been going on.

Ed returns from beyond the Gate, leaping into a desperate battle with Envy to stop the mastermind and set Al free. But can Ed deal with Envy’s true form? In the Fuhrer’s mansion, it’s the Ultimate Eye against Flame: Mustang versus Pride. The future of the state is on the line, and an alchemist is going to die.