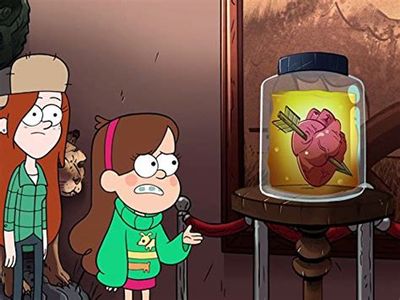 Pacifica invites Dipper over to her mansion in order to get rid of a ghost.

When Dipper’s secret journal pages lead him and the gang to the author’s hidden bunker, they find themselves coming face to face with a mysterious figure from Gravity Falls’ history.

While Dipper, Soos, and Wendy try to save Mabel from a strange new world, Bill’s forces plan their next move.

7. Not What He Seems

The twins wonder if they really know Grunkle Stan after he is taken into custody by the government agents.

5. Society of the Blind Eye

Dipper and the gang discover a secret society that has been erasing the memories of the citizens of Gravity Falls.

Bill has returned to take down the Pines family. But this time he has brought some of his friends with him.

3. Dipper and Mabel vs. the Future

As Dipper and Mabel’s 13th birthday approaches, Ford and Dipper go on a dangerous mission.

Dipper ruins a chance to impress Wendy at a fair, forcing him to use a time machine to travel back and stop it from happening.

The reuniting of the Pine brothers Stanford and Stanley. A series of flashbacks from their lives are shown, and their history together is explained.