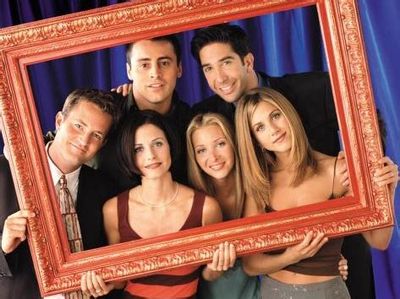 10. The One with the Flashback

The gang remember the events three years ago, when several of them almost slept together.

Phoebe tries to warn the gang that Rachel is coming to London to tell Ross she still loves him. Ross and Emily’s parents get into an argument over the bill for the wedding. Monica and Chandler sleep together. The wedding ends with a gaffe.

8. The One with the Videotape

Ross and Rachel tell everyone about the night they were together. They have two different stories of how it happened until Ross accidentally reveals that he videotaped it. Not surprisingly, everyone wants to see it.

7. The One Where Paul’s the Man

Paul threatens to have Ross fired from the university if he continues to date Elizabeth. The girls put their names down on a waiting list for a wedding venue.

6. The One with All the Resolutions

The gang make their New Years resolutions. Chandler struggles to not make jokes about everyone. Rachel uncovers a secret. Ross runs into trouble when he wears leather pants on a date.

5. The One with the Proposal

Chandler continues to pretend to hate the idea of marriage, unaware Richard wants Monica back. Meanwhile, Rachel and Phoebe discuss their ‘back-up’ plans.

4. The One with All the Kissing

Chandler must constantly kiss the girls to cover up a kiss he gave to Monica to hide their affair. Phoebe gets irritated when the gang constantly talk about London. Rachel puts Monica in charge of her love life. Ross tries to contact Emily.

3. The One Where Ross Got High

Ross is forced to reveal the reason why Jack and Judy don’t like Chandler. Rachel tries to make dessert for the gang. Joey and Ross try to get out of Thanksgiving when they are invited to hang out with Janine and her dancer friends.

2. The One with the Embryos

Phoebe’s uterus is examined for implantation of the embryos. Meanwhile, a seemingly harmless game between Chandler and Joey against Monica and Rachel escalates into a full blown contest where the stakes are raised higher and higher.

Phoebe races Ross to the airport in a bid to stop Rachel from leaving for Paris. Monica and Chandler pack up their apartment ahead of their move to their new house, and Joey buys Chandler a new chick and duck as a leaving present.