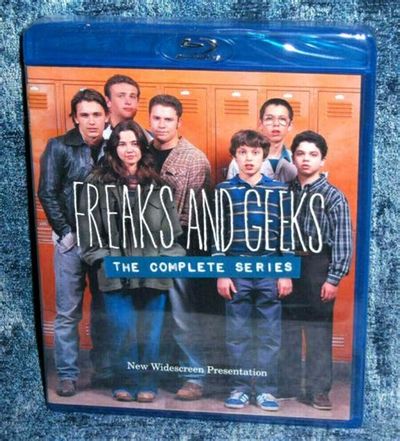 Lindsay’s parents are convinced Kim is leading their daughter down a path toward drugs and sex, so they consider taking a peek in her diary. Meanwhile, Bill is tired of the same jocks picking the teams during P.E., often leaving him picked last, so he makes prank calls to Coach Fredricks then confronts him directly. The adults may be the ones learning lessons from the students.

Neal wrestles with the dilemma of whether to tell his mother about his father’s affair. Lindsay is given detention after coming to the aid of a girl being attacked by a boy. Daniel deals with pressures at home and with Kim. He escapes from his problems through punk music.

Nick stays with the Weirs after a fight with his father and the geeks go to a make-out party.

6. Kim Kelly Is My Friend

Kim befriends Lindsay but she has ulterior motives, while Sam is bullied mercilessly by Karen Scarfolli, whose locker is next to his.

As McKinley High prepares for a visit from Vice President Bush, Ken and Sam must sort out conflicted feelings in their love lives.

A car accident results in Lindsay deciding to stop hanging out with her “freak” friends. She decides to rejoin the mathletes and start hanging out with Millie again. Sam adopts a new modern hair style in the hopes of impressing Cindy. When this fails, he seeks out a new wardrobe

When Mr. and Mrs. Weir go out of town for the weekend, Lindsay hosts a keg party. Sam, Bill, and Neal are worried that the party-goers will get too rowdy, so they substitute a keg of non-alcoholic beer for the one the freaks have on ice.

When Bill talks about being allergic to peanuts in class, Alan tries to prove he’s lying but Bill ends up in the hospital after an allergic reaction. Lindsay smokes weed for the first time.