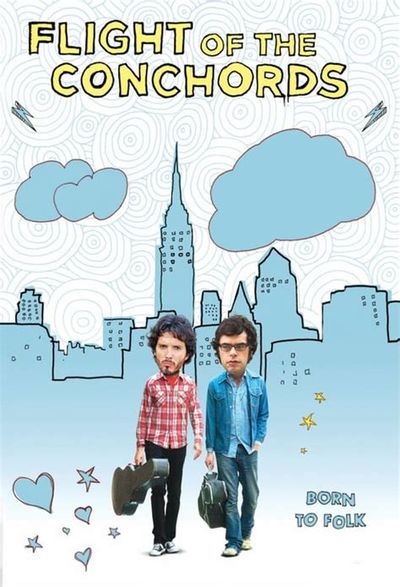 10. Bret Gives Up the Dream

Desperate for cash, Bret and Jemaine decide to get jobs. Only Bret is successful–he gets a job holding up signs. When Murray books them a show, Bret can’t get off work, so Jemaine is forced to play with a replacement: a recording of Bret.

Brett and Jemaine encounter girlfriend problems in the USA.

Foiled by the White House, Murray arranges a presidential meeting for the visiting Prime Minister of New Zealand; a tribute gig ends with Jemaine getting mixed up with an Art Garfunkel fanatic.

Season Two finale. Unable to pay off their back rent, Bret and Jermaine move in with Mel and Doug; Murray looks to cash in on a stage play about the Conchords’ travails.

The Conchords triple their fan base after playing a local world music jam, but Mel is suspicious of the two new fans’ motives.

Murray is perturbed when Bret cancels a band tour to be with his girlfriend Coco. Jemaine’s dismay, coupled with the betrayal felt by lone fan Mel (who has a crush on Bret), threatens the band’s future.

A lonely Jemaine runs into Sally, who dumped him (and Bret) earlier in the year. Envisioning a new life with Sally, Jemaine’s dreams take a detour when he learns she won’t spend time with him until he gets his own place.

Transplanted New Zealanders Bret and Jemaine–a.k.a. Flight of the Conchords–search for romance and gigs in New York City. At a bohemian party, Jemaine falls for Sally (who used to date Bret), but Bret spoils the moment back at their apartment.

Bret and Jemaine enlist a semi-pro actor to cheer up Murray after a disappointing gig. Asked to place a good-hearted rejection call, the actor gets carried away, offering Murray and the Conchords a recording deal that’s too good to be true.

Bret loses Jemaine’s trust by abandoning him to a ‘gang’ of two, and fears the worst when Jemaine doesn’t come home.

Best Episodes Of From the Earth to the Moon