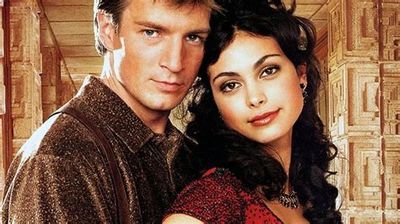 A dying request from an old army buddy turns treacherous for Mal, Zoë, and the rest of the crew.

Saffron returns to offer the crew a mission but not everyone is willing to trust her again.

Malcolm Reynolds is a veteran and the captain of Serenity. He and his crew are smuggling goods, but they need to pick up some passengers for extra money. However, not all the passengers are what they seem.

Mal and the crew of Serenity land to pick up some contraband In Canton, a township on Higgins’ Moon, where labor is provided under servitude run by the local magistrate. Jayne had once robbed the boss with a partner but barely escaped by jettisoning from their getaway vehicle his partner (now waiting for revenge) and the money boxes (who have made him a legendary hero). Jayne is recognized by all and “welcomed” accordingly. Sub-plots show Simon and Kaylee face their growing romantic feelings, River first tries to “fix” the Bible and is later traumatized by seeing …

Serenity is pulled in by an Alliance cruiser while investigating a spaceship that was attacked by Reavers. Simon and River must hide to prevent capture, while something is wrong with the lone survivor of the attacked spaceship.

A woman claiming to be Mal’s wife appears aboard Serenity.

Niska catches up with the Serenity crew.

When Serenity’s life support system fails, Mal orders the crew off the ship – but he stays behind.

A Companion-trained friend of Inara’s who runs a brothel on a remote planet calls for help from Serenity when a local reveals his intentions to take the baby from a woman he impregnated.

Serenity travels to the core world Ariel and Simon comes up with a plan to steal drugs from the hospital.