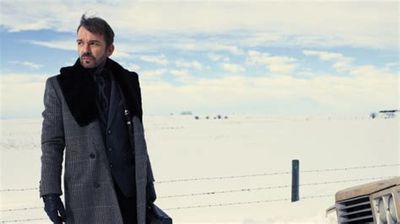 Molly recuperates from her injury, while Malvo looks to dispatch a syndicate in Fargo. Lester continues his descent into darkness with the unfolding of his plan.

Molly takes the lead, while Gus pursues a hunch. Lester manipulates a situation, and Malvo finds a new target.

Malvo executes his master plan, while Lester attempts to craft one of his own. Gus and Molly team up in Duluth.

In an attempt to stop the Kansas City mob, the police decide to use Ed and Peggy as bait. Hanzee betrays the Gerhardts and takes revenge.

Floyd takes action and Charlie tries to prove himself; Peggy and Ed disagree about what to do next; Lou finds himself sidelined during Ronald Reagan’s campaign tour.

When Gus tries to right a wrong, Malvo embraces his alter ego. Lester finds himself in a surprising situation, and Molly uncovers a promising lead.

With Ed and Charlie in custody, the Gerhardts arrive at the police station, forcing Lou and Hank to try and prevent any more bloodshed.

Lester has an unexpected encounter, Malvo changes course, and a new investigation leads Molly down a familiar path.

The police bring in Floyd for questioning, in an attempt to make her talk. Bear goes on a ride with Simone. Karl keeps an eye on Lou’s family.

A ruthless, manipulative man meets a small-town insurance salesman and sets him on a path of destruction.