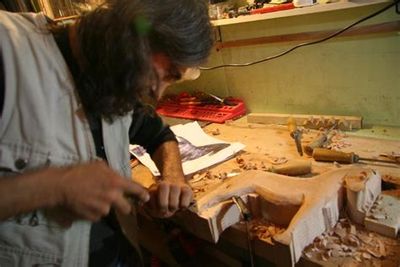 Ezel is a TV series starring Kenan Imirzalioglu, Cansu Dere, and Yigit Özsener. Betrayed by his trusted friends and the woman he loved, Ömer Uçar returns as Ezel to exact his vengeance.

Mümtaz refuses to have life-saving surgery. Ramiz’s only surviving betrayer tells a shocking story that changes the way Ezel views his mentor.

In order to protect Mert, Ezel makes a painful decision. Eysan follows a hunch about her husband. Mert takes a risk to investigate an anonymous tip.

After warning Eysan about Ezel, Cengiz receives a visit from him. Bahar makes a heartbreaking decision about what she’ll do next with her life.

Serdar spies on a newly released Ezel making plans with Eysan and Ali, and demands a piece of the action. In court, Eysan takes the witness stand.

Ezel’s plans spin out of control when Ramiz mysteriously disappears, Cengiz starts asking too many questions and Eysan makes a life-changing decision.

Bahar learns Eysan lied in court to put Cengiz in prison, causing her to question her sister’s motive for betraying Ömer. Tevfik says his goodbyes.

Mert visits Ramiz to confirm his suspicions, and later provokes Ali into unconsciously revealing where proof of Ömer’s innocence can be found.

Eren steals a gun and goes to visit Mert. Ali and Serdar raid the home of Ezel’s plastic surgeon. To find out who Serdar is, Tevfik picks his pocket.

Bahar offers Ali a deal. Meliha questions Mümtaz’s closeness to Can. Ezel makes Eysan feel the same way Ömer did when he realized he’d been betrayed.

Tevfik stands up against Ramiz. After Ezel hears Kenan’s side of the story, he questions Ramiz’s trustworthiness. Serdar re-enters Eysan’s life.