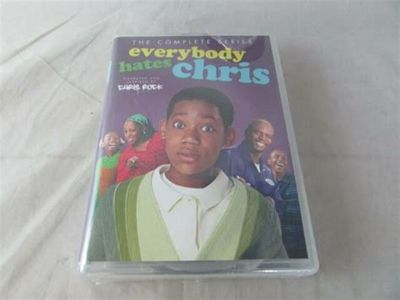 After Chris’s first article for the school paper is rejected, he creates a bogus story about a serial killer in Bed-Stuy–which only gets him in more trouble.

Julius allows Chris to park the family car across the street, but he takes the car to school instead. Meanwhile, Rochelle goes to court to dispute a speeding ticket.

8. Everybody Hates a Part Time Job

In order to get a new leather jacket, Chris goes to work with Julius. When Drew and Tonya’s school is shut down because of lead paint poisoning, the two play a game of “I Dare You” which gets out of hand when Toyna ends up in the emergency room.

7. Everybody Hates the Bachelor Pad

Since the rest of the family is sick, Chris is forced to spend a few nights at Mr. Omar’s apartment, where he discovers Richard Pryor for the first time.

When Chris is robbed at work by the neighborhood’s well-known criminal Malvo, he is scared to tell Doc who robbed the place. Julius gets a Betamax and is upset when Tonya accidentally tapes over Julius’ stories.

Chris has to prepare a speech as part of his campaign for class president; Mr. Omar the funeral director moves into the rental apartment but winds up increasing Julius’s stress.

4. Everybody Hates the Ninth-Grade Dance

Chris catches a lot of grief for asking a white girl from his class to the ninth grade dance, so he backs out of it, which only makes things worse. Julius and Drew help out a relative starting a business, and Tanya takes up ballet.

Caruso is beat up by one of Chris’s classmates. As a result, the absence of Caruso’s power throws the entire school into chaos.

Fed up with Drew being the best at everything, Chris decides to take up karate. But when the two brothers challenge each other, Chris ends up breaking Drew’s hand. Meanwhile, Toyna gets a lesson in gossip at the beauty salon.

Chris opts to take the G.E.D. over repeating the 10th grade, Drew tries to go on Amateur Night at the Apollo, Julius tries to get $25 back from somebody who owes him, and Tanya graduates from sixth grade.

The Best Animation/Cartoon Series from 2000