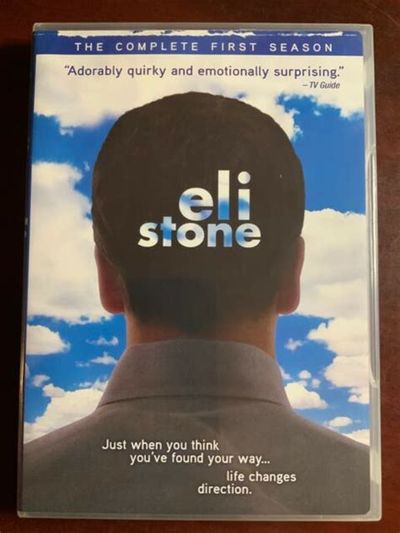 Eli Stone is a TV series starring Jonny Lee Miller, Natasha Henstridge, and Loretta Devine. San Francisco lawyer Eli Stone begins to see things, which leads him to discover a brain aneurysm. But his visions lead him to accept cases…

Jordan takes what may be the firm’s last case, suing an executive for malpractice, and Eli’s vision of a plane bound for Africa will give him insights not only for the trial but into his father.

9. Waiting for That Day

Eli sues the City of San Francisco when he has another earthquake vision, giving Marci just the opening she needs to call for a partner vote over Jordan’s leadership of the firm.

Taylor, Maggie, Matt and Eli go to Sonoma when it turns out both firms are after the same witness, Patti makes amends, Jordan finds socializing difficult, and an unexpected turn to a work meeting will change Maggie and Eli’s relationship.

Eli sues a high school at George Michael’s request because the principal expelled a girl who played one of his songs at assembly, Taylor and Dowd sue a son for his bone marrow, and Nathan helps Eli find a surgeon.

Nate’s involvement in Eli’s case brings back bad memories of their father, and Eli revisits his vision when he begins to doubt its interpretation.

Eli must make a hard choice at his disbarment hearing, Taylor and Patti clear some air, and Keith gets his first taste of life in a big law firm when he and Matt are assigned a star athlete’s case who the district attorney wants to make an example of.

Eli’s practical joke against Dowd results in Taylor taking on a gay chimpanzee case, and Eli enlists Bennett’s help when his vision leads him to a prisoner who is the victim of a vindictive warden.

A lawyer learns that he may be a prophet.

Martin Posner makes tempting offers to everyone at the firm, and Taylor asks Eli to work with Matt, hoping to influence his decision. Meanwhile, Eli’s visions involving Maggie are disturbing on more than one level, and he faces some tough decisions as the firm transitions to its new mission.

The firm tries to force devout parents to donate their daughter’s heart to an atheist, and Eli’s vision of another plane crash causes him to risk the Dark Truth again, but the death he sees is unexpected.

Best Episodes Of My Little Pony: Friendship Is Magic

The Best Adventure TV Series from 2007