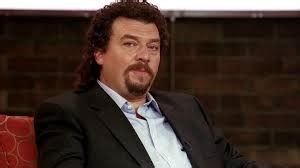 With Kenny getting more and more attention on ‘Sports Sesh,’ Guy asks him to dial it down a notch. April gets Kenny to agree to undergo couples therapy. Kenny and Stevie map out a new business venture designed to capitalize on Kenny’s soaring stock.

Season Three Finale. As Kenny adjusts to the new realities of his life, a twist of fate alters his future with the Mermen.

Several years have taken place since we last saw Kenny Powers make the comeback that he’s been waiting for, only to throw it all away for the woman he loves. Now working a boring, mundane job at a rental car facility and having given up completely on the party scene, Kenny has become a shell of his former self. That is until he runs into a former teammate – Guy Young, who is now the host of a popular sports talk program. Guy gives Kenny a taste of the A list he so desires, and he wants it bad. And now Kenny believes that he’s got a new path to the A-list but will …

Kenny tries to win over Coach Banks and get back in the rotation but many obstacles threaten to detour his pursuit of redemption. Stevie attempts to win back Maria.

Kenny settles some old scores and shows Mexico what he’s really made of.

Convinced he’s lost his stuff, Kenny decides to give up his comeback dreams and move on as a working stiff–but his resolve is tested by arrogant car dealer Ashley Schaeffer and his new pet celebrity, a major-league arch-nemesis named Reg Mackworthy.

Kenny Powers is on the verge of achieving his dream – hosting his own talk show, but when a vicious head of the network asks him to emotionally finish off unbalanced Guy Young on-air in order to seal the deal, his moment of truth arrives.

In the Season One finale, Kenny says goodbye to his life as a schoolteacher–and bids farewell to Dustin and his family–after he’s tendered a big-league job offer in Tampa.

Kenny gets rattled when Guy introduces a wild card to the show. Stevie recruits Maria to help promote Kenny’s side business. April reaches the end of her rope with Famous Kenny.

The Best Fantasy TV Shows from 2005