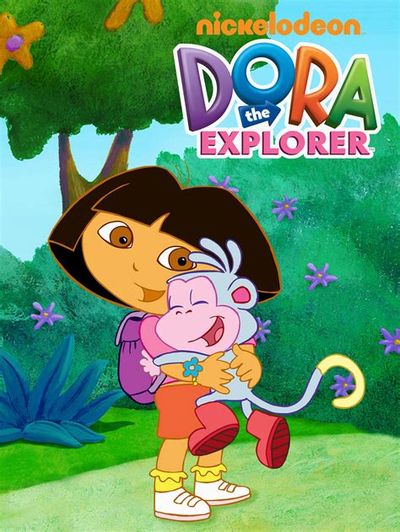 Inspired by the story of Don Quixote, Dora and Boots join Rocinante the Horse and Dapple the Donkey to become real knights!

?Special delivery for Boots the monkey!? Boots? favorite boots are back from the Shoe Shop, but when he tries them on, he starts to bounce, bounce, bounce. These aren?t his boots — these are bouncy boots.

Boots needs a haircut so he can look good for his mommy’s birthday picture! Join Dora as she takes Boots for a visit to el Peluquero at the Barbershop!

Dora and her cousin Diego are on their way to a big surprise. It’s Boots and Baby Jaguar’s Amazing Animal Circus!

6. Fish Out of Water

5. The Secret of Atlantis

Dora, Boots, and King Unicornio leave Enchanted Forest to join Diego in making the lost continent of Atlantis rise by ending an ancient feud between unicorns and dragons!

Let’s explore school! Help Dora, her new friend Pepe the Pig, and their class earn 3 gold stars for a Popcorn Party as they explore Music Class, Story Time, and Math Class too!

Dora and Boots and the noble horse, Rocinante, are off to Story Castle to rescue Don Quixote from the evil wizard, Malambruno.

Dora, Boots and Diego are dressed up as kings and ready for the Three Kings Party! But uh oh… Swiper the Fox scared off all the animals! Now they can’t ride to the party! Help Dora, Boots and Diego find all the animals and deliver the toys, candy and cake to the celebration! Along the way, meet new friends like Nelly from Mexico and Najim from Egypt. It’s an adventure to remember!

Dive into adventure with Mermaid Dora and Sea Monkey Boots to help their mermaid friend Maribel get back to her Mami in Mermaid Cove! Plus rescue castaway Benny from Coconut Island and join Dora on a magical moonlight adventure through a storybook world!

The Best Crime Shows from 2003