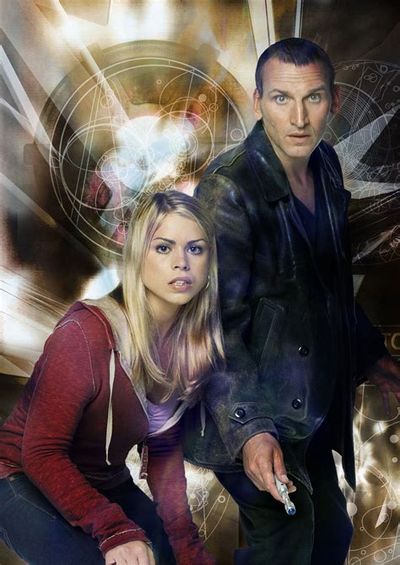 The Doctor is lured to a sentient asteroid outside of the Universe by a Time Lord distress signal and soon realises his TARDIS is in grave danger.

The Doctor makes a final stand against an army of Cybermen to protect a tiny band of humans from destruction.

Earth becomes a battleground for the Daleks and the Cybermen. With the whole planet at stake and the Genesis Ark activated, how much will the Doctor sacrifice in order to end the war?

The gas mask zombies are on the rise as the plague spreads across war-torn London.

In 1913, Martha watches in jealousy from afar as The Doctor learns what it is to be human and to fall in love with the local school nurse, Joan Redfern.

5. The Girl in the Fireplace

The Doctor, Mickey and Rose land on a spaceship in the 51st century only to find 18th century Versailles on board, the time of Madame De Pompadour! To find out what’s going on the Doctor must enter Versailles and save Madame De Popmpadour but it turns into an emotional roller coaster for the Doctor.

In the wake of Davros’ threat to destroy the existence of the Universe itself, the Doctor’s companions unite to stop the Dalek empire. Which one will die by the prophecies and what will the fate be for the Doctor?

The Pandorica opened, silence fell, and now planet Earth is left alone in the universe. Jumping through time, the doctor must figure out a way to bring back those who never were and save his friends from the collapse of reality.

2. Forest of the Dead

With the library darkening, the Doctor takes on the Vashta Nerada while figuring out what links River Song to his future. Meanwhile, Donna finds out the mystery of Dr. Moon and the Girl.

Sally Sparrow receives a cryptic message from the Doctor about a mysterious new enemy species that is after the TARDIS.

Best Episodes Of The IT Crowd