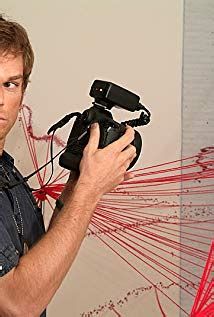 As Christmas approaches, Dexter tries to balance his life with Hannah and his relationship with Debra. Dexter learns the man responsible for ordering his mother’s death has been released from jail.

Dexter discovers a possible ally in the pursuit of Lumen’s former captors, but he and Lumen are forced to step down when homicide uncovers evidence linked to one of their prior victims.

Season 7 finale. As LaGuerta closes in on Dexter’s secret, Dexter struggles to protect himself, Debra and the life he’s built.

A series of chess-like moves ensues when Dexter and Miguel vie for the upper hand, with Miguel winning Rita’s affection by presenting her with a lavish wedding gift; Debra wonders if her relationship with Anton is worth it.

The Ice Truck Killer leaves Dexter a surprise at the scene of one of Dexter’s recent kills, placing him firmly in the cross hairs of his own Homicide Division colleagues.

Dexter tries to distance himself from Lila, but discovers she is unwilling to let go of their relationship; Lundy’s manhunt makes Dexter nervous as he tries to stay one step ahead – but it’s Dexter’s worst enemy that learns his secret.

The Ice Truck Killer kidnaps someone close to Dexter, forcing him into a trap that will forever change his life, while Doakes begins to harbor suspicions about Dexter’s odd behavior.

3. This Is the Way the World Ends

In the Season 6 finale, Dexter and Homicide race a lunar eclipse to catch the Doomsday Killers before their final gruesome act; Debra struggles with a new emotional reality.

Season 7 premiere. After witnessing her brother kill, Debra (Jennifer Carpenter) attempts to reconcile with Dexter (Michael C. Hall) while struggling to cover up their involvement with the murder.

Dexter and Arthur find themselves on a collision course, as Debra unearths a shocking long-hidden truth, Rita admits her marriage to Dexter is troubled, and Batista and LaGuerta face the consequences of an ethics breach. Season Finale.