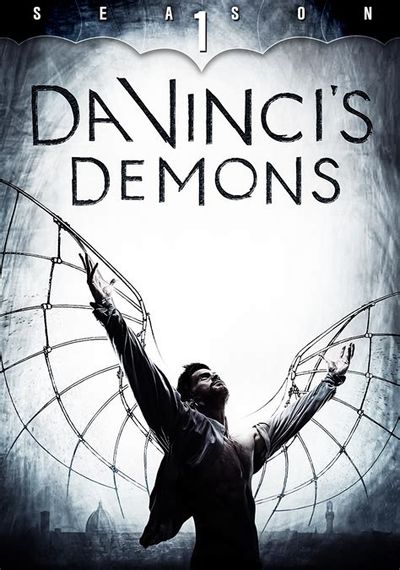 The Pazzis plan to overthrow the Medicis on Easter. The Turk tells Leonardo the location of the Book of Leaves. Later, Lucrezia admits a startling secrect, and Leonardo saves the Medicis.

Leonardo reunites with Riario and Nico in the New World. Lorenzo attempts to save Florence with the help of an old flame. Clarice struggles to retain control of the Medici Bank.

8. The Fall from Heaven

As Leonardo and Riario prepare to die, Zoroaster and Nico plan their escape. Meanwhile, Lorenzo tries to meet with the king of Naples and Bayezid visits Rome.

7. The Enemies of Man

Leonardo returns to a changed Florence – not all is as it seems. What will become of a changed Riario?

Leonardo and Lorenzo struggle to escape Riario’s forces as Florence falls into chaos.

5. The Vault of Heaven

Clarice’s life is in danger. The fellowship enters the Vault of Heaven, which holds many mysteries and deceptions. Lucrezia reaches her destination, meeting someone along the way.

4. The Sins of Daedalus

Italy prepares itself for an attack from the Ottomans. Riario is been stalked by danger. Nico is the only person who can control what happens to Vanessa.

Leonardo builds an underwater suit and breaks into the Vatican through the sewer. He meets the Pope and the mysterious prisoner. Giuliano reveals the identity of spy in Rome.

2. The Blood of Brothers

Lorenzo manages to get back to the palace with the help of Da Vinci. Riario whereas continues on the voyage. The Pazzis are hanged for their conspiracy.

Lorenzo fights for survival. Leonardo finds out new secrets by going into the Door of Heaven.

The Best Fantasy TV Shows from 2011