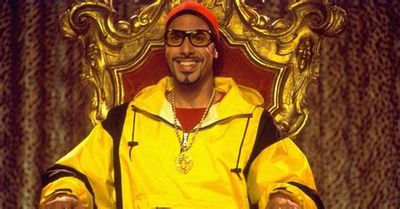 Ali tries to pitch a movie idea at the Cannes Film Festival, there is a lively discussion on animal rights, Neil Hamilton as well as Supergrass frontman Gaz Coombes guest and Borat learns about British etiquette.

Ali G ponders security issues with former Commissioner of Immigration and Naturalization James Ziglar. On the road, Borat winds up wrestling with a self-defense expert, making music with a yoga teacher, and sniffing up a new-age dance class.

Ali G tours the United Nations and interviews former Secretary General Boutros Boutros-Ghali. Later, he conducts a roundtable discussion with religious experts and talks to General Brent Scowcroft. Meanwhile, Borat is given a lesson on etiquette.

Ali gets the low-down on the FB, Aiiii. There’s rapping from Mohammed Al Fayed, and Borat finds out what it takes to be a true British huntsman.

The Worst Romantic Series ever broadcast...