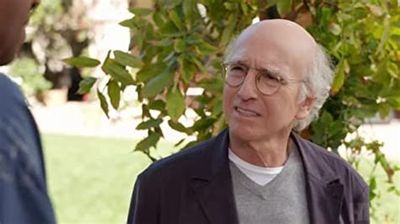 The Blacks learn some good news: they get to go home. As Larry says goodbye, he once again offends the wrong person, who takes his revenge on Larry by spreading a nasty rumor involving him and a gerbil. But thankfully Jeff’s daughter’s bat mitzvahs is coming up, and that provides Larry with the perfect, public opportunity to clear up that nasty rumor, as well as one more chance to patch things up with Cheryl.

Rehearsals for the Seinfeld reunion show get complicated when Larry’s text message exchange with a 9-year-old Seinfeld fan lands him in trouble with the local authorities. Meanwhile, Leon tries to fool Michael Richards.

Larry goes to the hospital to see his new girlfriend, an orthopedist. While in the bathroom, Larry overhears one end of a very angry, horribly offensive cell phone conversation. But repeating what the man said offends another doctor – the same one who is about to perform Jeff’s operation. But it only results in Jeff’s head getting shaved, who now has to deal with being bald. Larry has to give testimony as Jeff prepares to sue the hospital.

Larry devises an overly elaborate plan to win back Cheryl. He does so by trying to get on her therapist’s good side. Meanwhile, Larry accuses Marty Funkhauser of taking charity money under false pretenses.

In the fourth-season finale, Larry David flies to New York with fellow performers David Schwimmer and Cady Huffman to star on Broadway in “The Producers”. Along the way, he argues with Schwimmer, develops a strange relationship with Huffman, finds he’s tipping way too often and attempts to use his 10th anniversary gift from Cheryl. On stage, Larry and David put aside their differences and blow the audience away – unexpectedly, Mel Brooks isn’t impressed.

Larry deliberately tries to annoy Loretta, against the advice of a renowned doctor. Later, Larry dooms Richard Lewis’ new relationship, and ends up profiting from Leon’s indiscretion with the wife of a depressed pal.

Larry kicks off the new year with new rival Mocha Joe; at a cocktail party hosted by Jeff and Susie, Larry gets roped into lunch plans and has a misunderstanding with a caterer.

In the third-season finale, Bobo’s Restaurant is two days away from being scheduled to open when Larry discovers that the head chef was hired while pretending to be bald. After firing him, Larry and Jeff scramble to find a replacement. During the process, Larry accidentally injures the most influential food critic in Los Angeles, who is coming to the opening. The food critic recommends a chef from New York, who has an interesting quirk. Meanwhile, Cheryl has a tense confrontation with Susie after she bails on lunch after getting stuck in a car wash.

A prominent actor shadows Larry to prepare for an upcoming role. Larry meddles in the sale of Cheryl’s sister’s house, helps Leon grow a new business and stirs up trouble at a dinner party hosted by Richard’s girlfriend.

Best Episodes Of I, Claudius