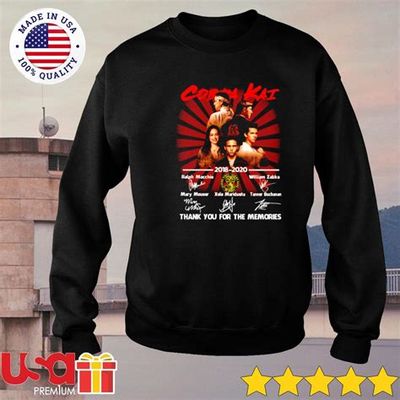 When Johnny learns Cobra Kai is banned from the All Valley Tournament, he faces the City Council. Miguel asks Samantha out. Robbie takes lessons from Daniel, just as his buddies plot a heist from LaRusso Auto.

It’s Christmastime in the Valley, and romance is in the air. Daniel and Miguel find unexpected common ground, and the Cobra Kai recruits go on a mission.

Cobra Kai gains its second student. Daniel has an intricate plan to get payback on Johnny. Miguel defends Samantha against Kyler during lunch break.

Tensions between the two dojos finally come to a head on the first day of school. The resulting showdown leaves one student fighting for their life.

Johnny goes for a ride with some old friends. Kreese continues to exert his authority at Cobra Kai.

Daniel struggles to help a new student learn. Miguel makes a new connection, while Johnny tries to repair a relationship. Tensions between the two dojos build to a breaking point.

It is the day of the 2018 All Valley Karate Tournament and Cobra Kai is determined to win. Robbie signs up unaffiliated. A familiar face from the past returns.

In Okinawa, Daniel spends time with an old friend – and an old enemy, who has much to teach him. The dueling dojos’ rivalry comes to a nasty head.

Best Episodes Of The X Files