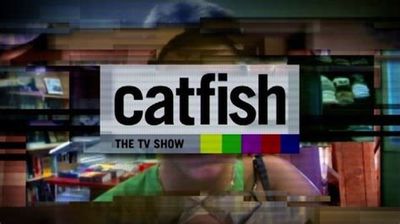 Catfish: The TV Show is a TV series starring Nev Schulman, Max Joseph, and Kamie Crawford. Nev Schulman and Max Joseph help people who have fallen in love online test the authenticity of their lovers’ identities.

After three long years, Robin is desperate to finally meet her elusive, hunky, long-distance love in person. Nev and Max agree to help her hunt him down, but what they uncover turns out to be much more than Robin bargained for.

Nev and Max are summoned to help catch a potential stalker who is impersonating the family of a popular online personality.

A mystery email leads Nev and Laura to help Derek track down his online love Annabelle. After digging, they uncover a sexy Snapchat scandal, betrayal, and a conclusion that hits closer to home than Derek could have ever dreamed.

After Kya fell in love online with Alyx, she confessed that she had been using a fake name and pictures when communicating with him. Alyx forgave her immediately and accepted Kya without hesitation. The two have never met.

Jeff believes Megan is the perfect girl for him. After talking for over a year, Jeff is ready to take big steps, possibly leaving his military career and home behind, just to find out once and for all, if Megan is his dream girl.

Southern sweetheart Kelsie is madly in love with her online romeo, Brandon. But after years of endless excuses of why he cannot meet up, Kelsie recruits Nev and Max to go deep in the heart of Texas to find who Brandon really is.

Lauren met Derek on MySpace nearly 8 years ago! Since then she’s relied on him for everything and knows that Derek is the man of her dreams. The only problem is, they’ve never met in real life or even video chatted.

Young mother Caitlyn calls on Nev and Max to help separate the fact from fiction of her courtship with charming Facebook hunk, Kenton. Kenton insists she and her daughter move to Kentucky but is Kenton all that he claims to be?

Nev and Max try to help Nick determine if the person he kissed during a mysterious blindfolded rendezvous is actually his online love, Jasmine, or someone entirely different altogether.

Danny is intent on building a family with his beautiful online love, despite her violent past. But when he enlists Nev and Max to help him finally meet her in person, they soon discover she may have ties to a former Catfish!